Posted by Wes Benedict at his blog and emailed to contact.ipr@gmail.com. Reposted to IPR by Paulie. 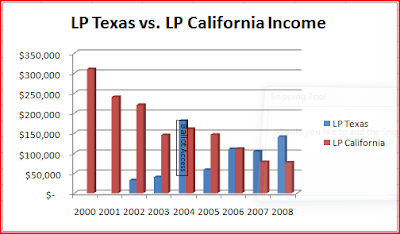 This is not just another one of my Mr. Way Too Proud of Texas articles gloating about how well the Libertarian Party of Texas did under my service as Executive Director from 2004 to 2008.

When you feel like you’ve got the situation under control, things are going well, your team is breaking new fundraising records, you’re getting tons of positive feedback, morale of the group is high, and people are working together (or at least working separately and leaving each other alone most of the time), like in Texas, it’s quite easy to be a Libertarian Party activist.

On the other hand, when things are going poorly after years and years of seemingly unstoppable decline and it feels like even the simplest of things seem to go wrong and you’re just banging your head against the floor, and working harder just causes more headaches, like in California, it’s tough to be a Libertarian Party activist. Those who keep trying are the real Libertarian heroes.

This is a list of some of the simple, humble approaches I’ve tried to take here in Texas.

1) I encourage people to run for any office they’re willing to run for, and to run whether they have a realistic chance of winning, or are just likely to get a percent or two at the polls to help build the Party.
2) I’ve run for office five times, so I know what other candidates go through and can coach them.
3) At first, most prospects decline to be candidates because they don’t want to disappoint the Party. I tell prospective candidates that they are doing the party a favor by running even if they don’t spend a dime and only have a few hours all year to put into it. Most exceed expectations.
4) I don’t nitpick the candidates’ platforms. I support the right of candidates to have radical, moderate, left-leaning, or right-leaning libertarian platforms.
5) I try to give Texas Libertarians realistic hope they can achieve, and our results show it has worked.

I’ll leave it to Californians to decide if any of this could be helpful to them or not.

I’m also writing this article to bring to your attention that I think a few former California leaders who let the California LP decline under their watch are now having too much influence on National LP strategy and we’re seeing California-like declines at National.

For the record, I have offered to fix things myself by serving as the National Executive Director. Similarly, if California or any other states want my help at the state-level, they should give me a call. Pennsylvania? Wyoming? Hawaii? Hawaii?

The Libertarian Party of Texas had $25,000 in debt when I was first hired in 2004. Don’t let an empty bank account prevent you from calling. My first job is to start filling your bank account. I can work out a realistic no-risk plan with you.

I actually like fixer-uppers. Makes it real easy to improve.

My resume reveals that I’m not a native Texan and that I’ve lived all over the US and overseas. I can work from a distance or re-locate, work full-time or part-time. I’m getting kind of tired of Texas, anyway. Aren’t you? 😉

(No permission necessary to re-post this article. Data for the graph is imprecise. CA data was the best I could find from their website. If you see something that needs correcting, please let me know.)