As a Libertarian, I respect the First Amendment and people’s right to express their opinion, no matter how harsh, especially if I choose to write something and others choose to criticize what I have written. However, I have a serious problem when someone ignores the facts and attacks me personally and that someone carries a badge and a gun. 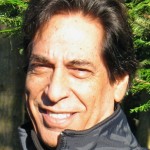 I find it even more disturbing to find out that a Douglas County sheriff’s deputy and former campaign manager for a newly elected member of the South Lake Tahoe City Council has organized a smear campaign to defeat me in the recent election. Judging from the small number of votes that I lost by, it may be possible that this smear campaign prevented me from winning.

This attack and others by Deputy JT Davis and his alias “Cowboy25″ appears to be a part of a smear campaign he organized as campaign manager for his father, Councilman Tom Davis. This smear campaign is every bit as offensive as racial slurs or ethnic attack on me, characterizing me as a lazy stoner in some sort of perpetual haze and a threat to the community.

The knowledge that a Douglas County deputy sheriff believes I am a threat to the community and that I don’t belong in SLT is something that should make anyone uncomfortable and concerned about their safety, especially if that deputy pulls a bona fide California patient over and decides to make legal problems for them. In fact, this action by Deputy Davis underscores the dangers that medical marijuana patients must face each day from the very people who are paid to protect them.

Nevada law enforcement does not respect the legal rights of California medical marijuana patients and it is very easy for a deputy to wreck a medical marijuana patient’s life, just by pulling them over and demanding a blood test. If such a test were to show that I have metabolites from marijuana in my blood, even if those metabolites are a month old, I could be arrested and prosecuted in Nevada. Under such circumstances, the fact that I have a perfect driving record, without any tickets or accidents whatsoever, would mean nothing and I could be convicted under Nevada state law for DUI, despite being cold sober.

Below, is a recent public comment by Douglas County Deputy JT Davis, about an opinion article that I wrote for Lake Tahoe News regarding the dangers to patients of a proposed cultivation ordinance. It does not mention one word about what I have written and is solely a personal attack. Furthermore, it is an attack by a member of law enforcement, using his real name and presumably someone people look up to as an authority figure:

“Kubby must have smoked his usual 12 joints a day before he wrote this article. Everyone is sick and tired of listening to you rant and rave about this issue and it has proven time and time again to be a losing issue for you and your pals. Prop 19 lost and last I checked, you got creamed in the City Council race. You yourself got so caught up in your stump speech, that you admitted you support legalizing marijuana and that Pop 215, was just the starting point to a bigger agenda, trying to make marijuana legal. [sic] Kubby, take your show to some other city, becasue the citizens of Tahoe are soooooooooo tired of you and your pot.”

Several other attacks, under the name of Cowboy25 were also published during my campaign for City Council, nearly all of them starting with the same incriminating sentence, “Kubby must have smoked his usual 12 joints a day before he….” You’d think a member of law enforcement would be more careful than to change his posting to his real name and then continue using the same inflammatory introductory sentence, but Deputy Davis is probably so convinced he is right that he has thrown caution to the wind. As a result, he appears to be engaging in conduct unbecoming an officer of the law.

Judging from my personal contacts with JT Davis during the campaign, I believe that he is probably a dedicated and hardworking deputy.Under other circumstances, JT Davis and I might be good friends. But not today. For now and the immediate future, our lives seem ruled by a misguided and misinformed wall of intolerance that, for lack of a better term, I call the Politics of Pot.

Steve Kubby is a resident of South Lake Tahoe, having run of City Council in November 2010.