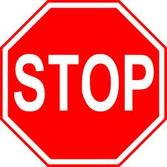 … Supporting the Democrats and Republicans!

LET’S RUN OUR UNION REPRESENATIVES FOR CITY COUNCIL AT LARGE AND CITY COMMISIONER IN 2011 AS GREEN PARTY CANDIDATES!

My name is Hugh Giordano, and I am fellow union representative for the UFCW, Local 152. Many of you know me or have heard about me in my run for State Representative where I produced the highest percentage of vote of any third party candidate in a three-way race – beating the Republican in Philadelphia!

I produced this great victory because I stood for the issues, used basic union organizing skills, took NO corporate money, and had union support. Just imagine what I could have accomplished if I had all the unions behind me, the man power, and financial backing; I could have done so much more to defeat the CEO/corporate Democrat.

Although I did not win that election, I opened the doors for us, as a united labor front, to do great things for the future. We have a duty to do what is right and to fight back against the status quo. That is why we are labor leaders and chose this activist life. I use the word ‘activist’ because that is what we are supposed to be, NOT businessmen and businesswomen.

Before I get into the meat of this letter, I want to make a few quick statements that I will always say and continue to support. We, as labor leaders, have a duty to the movement, our unions, and the members to do what is right, not what is safe! We are not pawns of the Democrats and Republicans, and we owe them nothing. The two parties have not done anything for our unions and the movement. Most people in elected positions in City Council have never even been a union member!  If you are a union leader and are afraid to support another party besides the Democrats because of retaliation – I suggest you retire and find another job! Sorry that I have to be blunt, but it’s the truth!

The two parties have sold unions out, especially the Democrats! They take our money, use our membership, and then leave us high and dry! They pass no legislation to help us organize membership, protect pensions, or stand up against the CEO’s and corporate attorneys. Why is this, you ask? It is simple; it’s because the Democrats and Republicans are infested with CEO’s, corporate consultants, and corporate attorneys. You can’t be a REAL labor leader and support the Democrats and Republicans… It’s a hypocritical move!
What can we do as labor leaders who care about the movement and the future of the Philadelphia unions?  The answer is simple; we need to run OUR UNION REPS for City Council at Large and City Commissioner as Green Party Candidates.

The Green Party is a 100% pro-labor party that stands for workers to organize, pension plans, single payer healthcare, and is against NAFTA, Taft-Hartley “right to work laws”, and wants to prosecute CEO’s and Management that break labor laws. One of the greatest things about the Green Party is that they take NO CORPORATE PAC MONEY! It is a clean party that labor could take over and make it their own. If we make a coalition among labor unions, we would not need any corporate money; we can fund our own campaigns!

Attached is a statement about what we need to do to make this happen. Don’t let your union brothers and sisters down! The time to act is NOW; not tomorrow. Help me and other progressive union leadership fights back and take back our city for labor.

I look forward to hearing from you.

We will NOT BE IN THE PRIMARY when we run as a Green and will automatically be in the general election.

We will start collecting signatures in March and ANY party can sign for us, even if they signed already for a Democrat/Republican during their primary.

Running as a Green Party candidate for these 3 positions will give us a great chance because we would not need funding from the corporations – the enemy – because we can fund our own campaigns. It’s also against the Green Party platform to take corporate money.

A minority party is guaranteed a seat…. We can knock out the Republicans and go after the corporate Democrats.

The Green Party is the party of labor! We must act NOW.

Contact your fellow unions and lets set up a meeting VERY SOON.