The following was posted on the Independent American & Constitutional Review (IACR) on June 23rd by Joshua Fauver. Alan Keyes, a former cabinet official under the Ronald Reagan administration and several-time Republican candidate for office, including president, saught the Constitution Party’s presidential nomination in 2008, coming in second place to Chuck Baldwin, with 24.36% of the vote. He left the CP afterwards and founded the America’s Party, a small right-wing party, and ran as its presidential candidate in the general election, receiving over 47,000 votes.

The following was originally posted on Alan Keyes’ blog,” Alan Keyes is Loyal to Liberty ” on June 23, 2013. 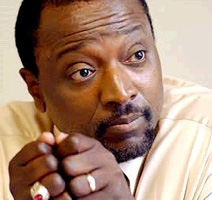 FOR THE LORD’S DAY
Under the name “Freedom Federation” a number of prominent Christians recently issued a statement boldly declaring that “the Supreme Court has no authority to redefine marriage….” They go on to say that if the Court presumes to do so, there should be “no mistake about our resolve. While there are many things we can endure, redefining marriage is so fundamental to the natural order and the true common good that this is the line we must draw and one we cannot and will not cross.”

There was a time when, after reading their well-reasoned statement, and the list of people who signed it, I would have been eager to express my approbation and find a way to add myself to their number. But these days, my experience with many of them forces me to heed their admonition to make no mistake about their resolve. Their bold declamation cannot erase my personal knowledge of the fact that many of them have, in recent years, adamantly proclaimed their commitment to truth and principle, only to abandon both when calculations of material power and partisan loyalty seemed to require it.

In this respect they are like the witness to a crime who says it is a matter of conscience and civic duty to testify against some wrongdoer. But on the witness stand he loses heart because the accused, with a significant nod of his head, directs his attention to one of his henchmen, seated in close proximity to the witness’s spouse, or some other member of his family.  Or else, before going on the stand, he is made to know that his job or business will go awry if he tells what he saw.  Suddenly letting evil triumph in the courtroom seems less critical than staving off the greater evil that threatens those he loves, or the source of livelihood he relies upon to care for them. Choosing the lesser evil, his memory fails him. Which of us can know with certainty that we would not surrender to fear in this way. It’s just human nature, isn’t it; the way of the world?

True enough, except for people who sincerely believe that Jesus Christ walked the earth; that he was crucified, died and was buried; that he rose from the dead to live on in the faithful body of those who know that their redeemer lives, and will stand at the latter day upon the earth. (Job 19:21) Such are supposed to be the people who identify themselves as Christians, and who believe that wherever two or three are gathered in His name, there is Christ in the midst of them (Matthew 18:20); people who individually and in their association with one another profess, as St. Paul did, that “I have been crucified with Christ. It is no longer I who live, but Christ who lives in me. And the life I now live in the flesh I live by faith in the Son of God.” (Galatians 2:20) Like Christ, and trusting in Christ, they are in the world not of the world.
Down through the ages this profession of faith in Jesus Christ has given the word ‘witness’ a new meaning. That’s why the word for ‘witness” in the language of the New Testament (which came into English usage as ‘martyr’), became synonymous with one who lets no threat or worldly consideration stand in the way of his witness to God’s truth. Martyrs, in this sense of the word, heeded the admonition of “the first and the last, which was dead and is alive” (Revelation 2:8): “Fear none of those things which thou shalt suffer: behold, the devil shall cast some of you into prison, that ye may be tried,…be thou faithful unto death and I will give thee a crown of life.” (Revelation 2:10)

For some time now forces determined to overthrow constitutional self-government in America have been attacking the premises of right and justice on which it is based. They have consistently relied on a specious understanding of “rights” that rejects the most fundamental premise of our way of life, which is, that unalienable rights are endowed by God as He creates all humanity, i.e., as He makes us what we are; informing us, by the determinations that constitute our nature, of the way in which we may preserve and perpetuate ourselves, with due regard for the freedom (ability to choose one way or another) that reflects His special provision for our humanity.

This critical founding premise is consonant with and, historically, derived from the true understanding of the origin and nature of humanity conveyed in the Scriptures. People who profess to be Christian, therefore, do not stand by it just because they revere the wisdom or achievements of America’s founders. Rather they appreciate the wisdom, and respect the achievements of the founders insofar as both conform to the truth of God’s Word, affirmed in the flesh by Jesus Christ, the Incarnate Word, the perfect embodiment and personification of God to man.

So when Christians sincerely insist upon standing by the premise of God’s authority over government; when they reject any authority that contradicts it, and are determined to resist any power abused to enforce that contradiction upon them; they are not just bearing witness to human conventions which they insist upon from habit and tradition. They are acting as the living body of Christ, conveying by the power of God in Christ the truth of God’s relation to the world that He has made, who is substance, source, ruler and judge of all creation.
St. Paul describes faith as “the substance of things hoped for, the evidence of things unseen.” (Hebrews 11:1) As Christ is the hope of Christians, their faithful witness conveys the substance of that hope to the world.  It makes manifest in their lives His living power. God is generally unseen in this world, except with eyes opened, by His Spirit and Grace, through Christ’s miraculous performance of His works. The Christian’s witness is the evidence of Christ work, ongoing in every precinct of humanity, however men are blinded by sin and iniquity. Where the world sees the power of fear and death, faithful Christian witness attests the truth, that Christ has banished fear and conquered death. Where the world cowers before woes and deadly threats, those who live by faith in Christ stand undaunted, relying upon the power of the Word of God that Christ infuses into their very being.

Coming from Christian people the statement that an issue of law or politics involves their respect for God’s Word, engages their true identity as persons transformed by Christ. It is or ought to be, like no other statement made in political affairs. For by that statement they invite the world to see their actions as a witness to the power of God’s Word; the power of Christ’s living example; power so great that even though it means withstanding  every power the world may bring against them, they will stand for His truth, living for and by His will even when, in the lying eyes of the world, they seem to dying for their trouble.

If I could believe that the people who signed the Freedom Federation’s bold statement mean to stand by it in this way, no matter what, then I would lend credence to what they do with all my heart, and encourage others to do so. But many of them have spoken boldly before, and caved when it meant enduring nothing more terrible than ridicule or political isolation and defeat. Many of them are speaking boldly now, accurately insisting, as the Apostles did, that they must obey God rather than men. (Acts 5:29) But even as they say so, some of them are temporizing and retreating before the threats and blandishments of the depraved powers that are using the Boy Scouts of America to scandalize our nation’s young men.  What else can come of the lie that equates the self-idolatrous love of homosexual conduct with the love of God naturally expressed in marriage and procreation?

In the words of the Marriage Solidarity Statement its signatories say many things that I have said and sought to share with others for many years. With the help of God I will go on standing for God’s definition of family, and the logic of God ordained natural law that is also the foundation of America’s understanding of rights and justice.  It has cost me much in terms of loss, as the world defines it- livelihood, family ties, affection and good repute.  Yet will I persevere, though it cost me life itself, as the world defines it.  But I cannot act as though I believe bold statements when deeds do not flow from them. “Yea a man may say, ‘You have faith and I have works.’ Show me your faith apart from your works, and I will show you my faith by my works… Do you wish to learn, O’ hollow man, that faith apart from works is dead [inert]?” (James 2:18, 20) My experience suggests that people encouraged to lend credence to such statements from people disinclined to back them up are apt to find themselves demoralized when they see the people thus vested with their trust squander the credibility won by their bold words on fatal compromises that betray their trust.

As I have said before, Christian leaders are best known as such by the one they follow, not by all those who follow them. Though Christ’s way leads through Golgotha, it is the way of truth and life. And if, along the way, we must endure woe and seeming death, we know that in our time on the cross Christ stands with us; and that where he abides, we are with God, in a place of everlasting life and perfect victory.