The following was posted by Joshua Fauver on the Independent American & Constitutional Review on June 27, 2013: 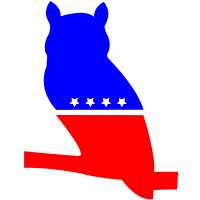 The following was posted on the Modern Whig Party’s website under their “Whig Blog” section. The piece was submitted by James Ryan on the 24th of June 2013.

Welcome to this week’s ‘Director’s Report’, a weekly update on the Modern Whig Party’s activities across the nation. This is James “Ryan” Egnor-Keil, the current Executive Director.
I had a great time in Arizona, taking in the sights of Tombstone, the desert museum, and some good ol’ fashioned underground roller derby. The road trips, however, I can do without (logged in well over 3,000 miles these past few weeks), but they don’t show signs of stopping, with a few days lined up in San Francisco.

PARTY BUSINESS
While the Modern Whig Party moves forward in reshaping the American political landscape, we attract new members every day. However, we will lose them if we do not set to purpose. This is why I am currently devising an organizational structure for the MWP, transforming us from armchair academics to an active, boots-on-the-ground movement. The first draft of the document is complete, to be reviewed by the National Executive Committee.
I am planning on taking a tour of American Legion posts this Summer, discussing the issues of Veterans Affairs and how the Modern Whig Party can best serve those who served us.
Any Whigs in the San Francisco Bay Area? If so, I invite you to come out to Jupiter beerhouse on 2181 Shattuck Ave, Berkeley (right next to the Downtown Berkeley BART station) on Saturday, July 20th at 5pm. There we will host the first meeting of what I hope will form the Bay Area Central Committee, or ‘BACC Pack’. This will be an opportunity to put ‘boots on the ground’, and to serve as a flagship committee for other Whigs in California and across the nation to follow in action. I would like to see as many Whigs there as possible. For more information or to RSVP, please email me at directormodernwhig [dot] org

Now recruiting members of the Modern Whig Street Team!
The MWST will be a group of individuals from all across the nation to be brought together to promote the Whig message, provide service to our local communities, and challenge Americans to take an active role in influencing the processes that influence them!
Qualified individuals must be 18 years of age and reside in the United States. They must be motivated and seeking to motivate their community. They must be results-oriented, and committed to Modern Whig growth, both in numbers and in visibility. If this seems like something you would be interested in, please send a message to directormodernwhig [dot] org with the heading ‘Modern Whig Street Team’. Then, you will be asked to take a brief survey that will help you get connected to other Modern Whigs in your area.

Once we have a membership going, the Modern Whig Street Team will have its own Facebook page and a Twitter account. Through these, Street Team members can connect with each other, share pictures and videos, and let our communities know that we are here and ready to serve.
#whigweekend

There has not been a great deal of documented whig weekend activity, aside from myself and T.J. O’Hara. I have an idea in the works, but it will most likely be a separate event and will take a week to plan. More to come on that end.

INTERNSHIPS
The Executive Director’s “Office” is looking for engaged and committed individuals interested in politics and community service. For more information or questions please email directormodernwhig [dot] org. Please provide the subject heading ‘Internship’.
Now you can follow me on Twitter! @James_Ryan91
Yours in Liberty, Freedom, and Service (YiLFS)
James “Ryan” Egnor-Keil