The following was posted by Joshua Fauver on the Independent American & Constitutional Review on July 2, 2013: 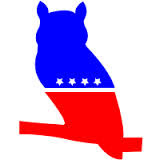 The following was posted on the Modern Whig Party’s website under their “Whig Blog” section. The piece was submitted by James Ryan on the 1st of July 2013.


Welcome to this week’s ‘Director’s Report’, a weekly update on the Modern Whig Party’s activities across the nation. This is James “Ryan” Egnor-Keil, Executive Director.

Happy July! As the weather heats up, so does the work the Modern Whig Party does to bring Service and Solutions to the American People.

PARTY BUSINESS
The party organization structure is having finishing touches put on it; should be released soon.

I just ordered a batch of 500 business cards to help promote the Party. I encourage all Whig leaders to follow suit. Vistaprint is really a great service!

I am planning on taking a tour of American Legion posts this Summer, discussing the issues of Veterans Affairs and how the Modern Whig Party can best serve those who served us.

Any Whigs in the San Francisco Bay Area? If so, I invite you to come out to Jupiter beerhouse on 2181 Shattuck Ave, Berkeley (right next to the Downtown Berkeley BART station) on Saturday, July 20th at 5pm. There we will host the first meeting of what I hope will form the Bay Area Central Committee, or ‘BACC Pack’. This will be an opportunity to put ‘boots on the ground’, and to serve as a flagship committee for other Whigs in California and across the nation to follow in action. I would like to see as many Whigs there as possible. For more information or to RSVP, please email me at director@modernwhig [dot] org

The MWST will be a group of individuals from all across the nation to be brought together to promote the Whig message, provide service to our local communities, and challenge Americans to take an active role in influencing the processes that influence them!

Qualified individuals must be 18 years of age and reside in the United States. They must be motivated and seeking to motivate their community. They must be results-oriented, and committed to Modern Whig growth, both in numbers and in visibility. If this seems like something you would be interested in, please send a message to directormodernwhig [dot] org with the heading ‘Modern Whig Street Team’. Then, you will be asked to take a brief survey that will help you get connected to other Modern Whigs in your area.

The Street Team has its own Facebook page, and has already attracted quite a few dedicated individuals! The page can be found at https://www.facebook.com/groups/156930924490453/ The Street Team Challenge for this week is to print out at least 5 Modern Whig flyers (which can be found in the files on the Street Team page) and post them (where laws and ordinances permit) in your local community. These can be at coffee shop bulletin boards, up on line posts (I think those are still legal), etc. Take a picture of them posted up and share it on here, and while you’re at it (and if you have a Twitter), tweet your actions with the hashtag #whigstreetteam