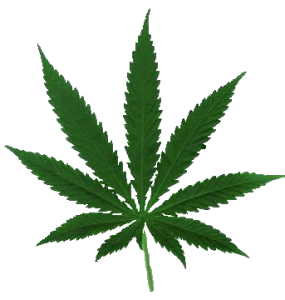 On January 2, Ed Krayewski from Reason wrote, “[New Year’s Day] marked the beginning of a legal market in recreational marijuana in Colorado, the first time government-licensed shops have ever sold marijuana anywhere in the world.”

There is, however, one major inaccuracy with that statement. Aside from the fact that cannabis has been available for years in medical dispensaries, it was not always against the law to purchase, possess or consume cannabis. In fact, in the United States, there were no federal laws regarding cannabis until the Pure Food and Drug Act of 1906, which “required that certain special drugs, including… cannabis, be accurately labeled with contents.” The Marihuana Tax Act of 1937, “made possession or transfer of cannabis illegal throughout the United States under federal law, excluding medical and industrial uses, in which an inexpensive excise tax was required.” The Marihuana Tax Act was ruled unconstitutional in 1969, and officially repealed by the Congress in 1970.

Throughout the past 43 years, there has been a lot of progress in pushing back against the laws that have worked to prohibit the recreational use of cannabis. Those who oppose re-legalization of cannabis often tout the evils of cannabis, claiming that cannabis kills. The truth is that not one single person has ever died from a cannabis overdose. As there are so many different ways of consuming cannabis, such as through quartz bangers, bongs or simply in a joint or spliff, you would think that smoking weed is somewhat dangerous. Yet, not one person has ever died directly from smoking cannabis. However, hundreds of thousands of people die annually from other substances that are perfectly legal to purchase, possess and consume. This has led many people to believe that the growth and recreational use of cannabis should be fully legalized. There are already hundreds of marijuana growers nationwide that use some of the equipment shown on sites like GreenBudGuru in order to supply cannabis users all over America. With many marijuana farms equiped with farming equipment such as led grow lights as well was other growing tools in order to grow and supply the growing demand.

Wayward Bill, the Chairman of the US Marijuana Party, reported on the newly re-legalized sale of cannabis, “Denver has been become Shakedown Street… 1,000s of tourists buying weed… And they are paying the adsorbent tax of 25% State Marijuana Excise tax + 3.5% Denver Marijuana tax + 7.62 % State Sales tax = 36.12% total tax.”

UCLA public policy professor, Mark Kleiman claims that people like George Soros have backed the move to re-legalize cannabis, adding, “[t]he marijuana lobby is going from being purely ideological to being industrial.” He also asks, “Ten years from now will there be an evil marijuana lobby devoted entirely to preventing any effective regulation or taxation?”

I hope that in less than ten years there is a lobby devoted to preventing regulation or taxation of cannabis, as well as alcohol, tobacco, potatoes, tomatoes, and every other substance that any person can grow, manufacture, process, possess and/or consume. Though I wouldn’t dare call such a lobby “evil.”