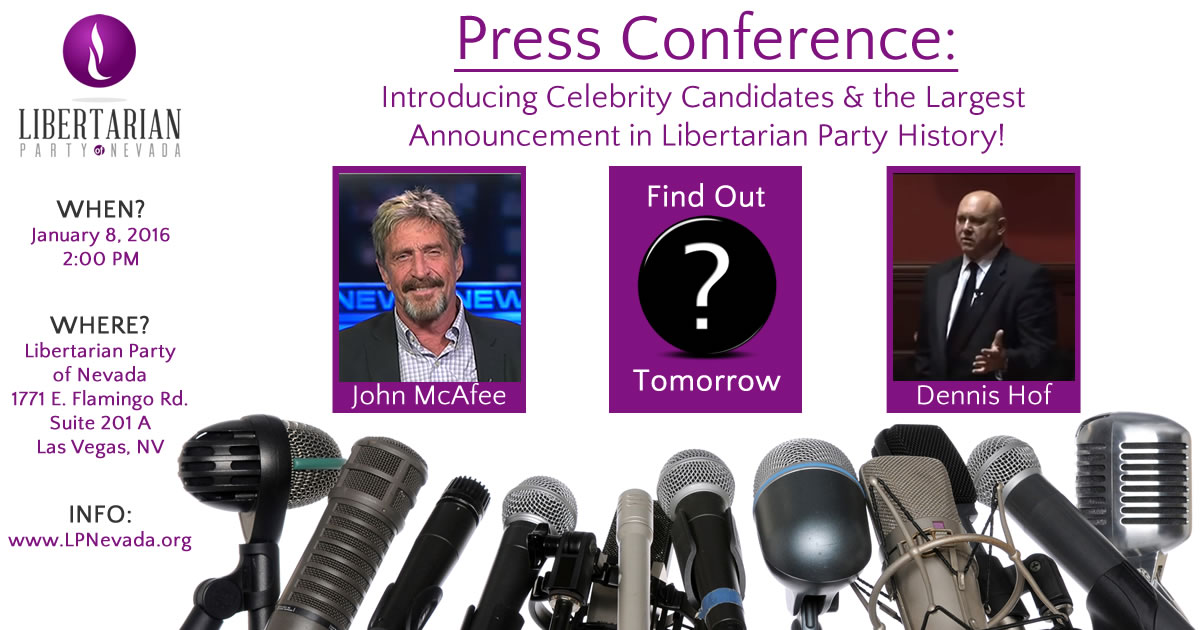 Press Release from the Libertarian Party of Nevada:

Please confirm your attendance in advance by emailing media@lpnevada.org. If you have any special needs contact our media team. If you intend on filming the event space available is on a first-come first-served basis. Media and press are encouraged to show up early to setup. LPNevada will help to arrange interviews with all participants upon request.

About The Libertarian Party of Nevada

The Libertarian Party is the third largest and the fastest growing political party in the America. Millions of Americans voted for Libertarian Party candidates in past elections since the Libertarian Party offers a viable alternative to the broken 2 party system in America. Libertarians believe the answer to America’s political problems are embracing a free-market economy and the abundance and prosperity it brings; a dedication to personal freedom and civil liberties that marks this country above all others; and a foreign policy of free trade, non-intervention, and peace as intended by America’s founders.