While it is widely known that 2012 Libertarian Party presidential nominee Gary Johnson is again seeking his party’s presidential nomination, the activities of the unsuccessful 2012 Libertarian Party presidential candidates are not so obvious.  I decided to research the matter and provide an update on the former candidates.  I found that out of the nine principal 2012 challengers to Johnson, one is deceased, two have expressed support for Republican front-runner Donald Trump, and three more are again running for President.

Jim “Libertarian” Burns – The second runner-up for the presidential nomination in 2012 with 12 convention votes (2.02%), Burns died from an unspecified illness in December 2013 while mounting a 2016 campaign for President, his fourth.  Nevertheless, “friends” continue to write on his Facebook wall as if he is still alive.

Burns attends the November 16, 2013  Nevada Libertarian Party Convention in what may be his last existing image.
Image: David Colbourne

Roger V. Gary – ran for Texas House of Representatives District 123 as the Libertarian Party nominee in 2015 and received 103 votes (1.4%).  According to his Facebook profile, Gary remains active in Libertarian circles in San Antonio, Texas.  He also seems to enjoy playing the Facebook game “Island Experiment.”

James Ogle – Winner of the 2012 Missouri Presidential Primary, Ogle continues his work with the US Parliament project and appears to have expanded into a worldwide International Parliament.  He briefly joined the Democratic Party and filed with the FEC to run in the nonexistent 2014 presidential election.  He later joined the Republican Party and filed to run for president in 2016 “to promote an ultra-conservative voting system where votes aren’t liberally thrown away and wasted.”  He has not appeared on any primary ballots.

Carl Person – The third runner-up for the 2012 nomination with three convention votes, Person ran for Mayor of New York City in 2013 as the nominee of the Reform Party.  He received 306 votes (0.03%).  In 2014, he was the Libertarian Party nominee for New York Attorney General and received 24,746 votes (0.7%).  The website for his law firm remains active and last year IPR posted an article about his lawsuit against New York City for the installation of bike lanes without the issuance of an environmental impact statement.

R. Lee Wrights – The runner-up to Johnson at the 2012 convention with 152 votes (25.55%), he launched a short-lived campaign for Governor of Texas in 2014 but withdrew due to a lack of support.  Since then he’s been very active on Facebook, posting multiple memes and updates per day.

RJ Harris – dropped out of the presidential race in 2012 to run as an Independent for Oklahoma’s 4th Congressional district in the U.S. House of Representatives. In the general election, he received 4.5% of the vote.  In 2014, Harris ran for Governor of Oklahoma as a “Liberty Democrat.”  Though he initially did not have a Democratic primary challenger, once Oklahoma Representative Joe Dorman announced, Harris dropped out of the race and endorsed Dorman who became the Democratic nominee.  For 2016, he initially supported Senator Rand Paul’s presidential campaign but after Paul withdrew, he backed Donald Trump.  He has now publicly endorsed Trump for President and voted for Trump in the Oklahoma Primary.  In a Facebook post from last week, he excoriated the Libertarian Party as elitists:

I hate the Libertarian Party. I regret ever having had anything to do with it. I can’t stand intellectual elitists Libertarians and Anarchists and if you are a Republican or Democrat not happy this cycle TRUST ME you won’t find ANYTHING welcoming in the Libertarian Party or with its activists. They are mostly a very closed off clique who are excepting of only the most intellectually pure adherents to their creed. (so just like the other two parties) The only thing that works for me is simply supporting candidates and IGNORING party labels. Oh and believe it or not I am still a Libertarian philosophically and I refuse to allow the jack asses in the party to define what that means for me. If you don’t like that me and other prominent libertarians are backing Trump then get off my wall and go back to your anarchists friends.

Harris and his wife at a military ball in February 2016.
Image: RJ Harris

Bill Still – hosts the Still Report on YouTube for which he has posted, at last count, 752 videos.  The show appears to demonstrate a pro-Trump slant.  His recent video on the National Enquirer report on Senator Ted Cruz’s sex scandal, received over 110,000 views, but Still had to release a correction the next day after presenting a fake webpage as an actual report.  In that video embedded below, Still predicts Donald Trump will receive 55% in the general election and that Gary Johnson will receive less than one percent.

Sam Sloan – received two write-in votes at the 2012 convention.  Like Person, Sloan ran for Mayor of New York City in 2013 as an Independent and received 166 votes (0.02%). In 2014 he ran for the Democratic Party’s nomination to represent New York’s 15th Congressional District but lost in the primary to Congressman José E. Serrano.  After losing, he attempted to run for governor as a Democrat and Libertarian, but his petitions were denied.  Sloan entered his name into the New Hampshire Primary to run for the Democratic Party’s 2016 presidential nomination.  Ahead of the primary, he participated in the Lesser-Known Candidates Forum at St. Anselm College.  He received 15 votes in the New Hampshire Primary. 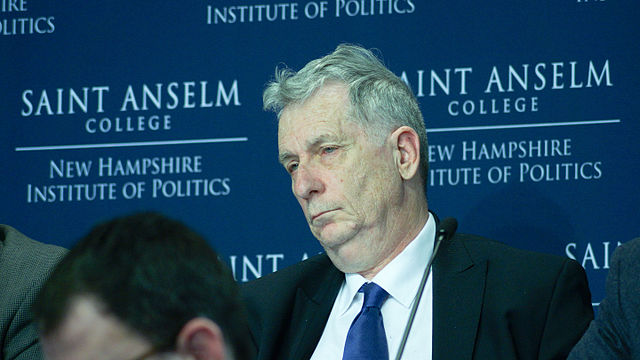 Joy Waymire – After a short-lived campaign for Governor of California, Waymire decided to run for President once again as a Libertarian.   See her campaign website.  She appeared on the North Carolina Primary ballot and received 266 votes (5%) for fourth place behind Gary Johnson, No Preference, and John Hale.  Although she is recognized as a candidate on the official Libertarian Party website, she has yet to participate in any Libertarian Party presidential forum or debate.

20 thoughts on “2012 Libertarian Presidential Candidates: Where Are They Now?”