Constitution Party blog: ‘When Will Patriots Retake Our Cities?’ 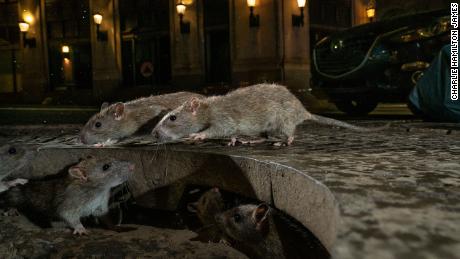 …. The explosion in homelessness. The drug epidemic. The trash. The feces on the street. And now, the rats.

Rats have always been an issue in the cities. But with the explosion in homelessness and the breakdown of fundamental city services like the vagrants being arrested, jailed, or run out of town, the generally lax attitude towards public use of hard drugs, and the dysfunctional sanitation services in these leftist strongholds, the rats have moved in, and are absolutely taking over.

Citizens of these places ranging from small business owners to court officials and even city council members have reported being unable to go in and out of their places of employment safely due to violent, deranged homeless vagrants and rats. City council members are starting to be hospitalized with cases of Typhus. There are even reports that up to 1.5% of the rat population carries the Bubonic Plague. That’s the Black Plague, for those of you who don’t know. THE BLACK PLAGUE! How is that possible? How awful is the administration of these places when medieval diseases and diseases typically only found in the worst slums of the third world are spreading through OUR cities?