The Constitution Party sent the following to its email subscribers Thursday. It comes in response to the leaked initial draft of the majority opinion in Dobbs v. Jackson Women’s Health Organization, which Supreme Court Justice Samuel Alito authored.  The opinion, which Politico published in full, finds Mississippi’s restrictive abortion law to be constitutional, overruling the precedent of the controversial 1973 Roe v. Wade decision.

The Death of Roe

Could it be coming? 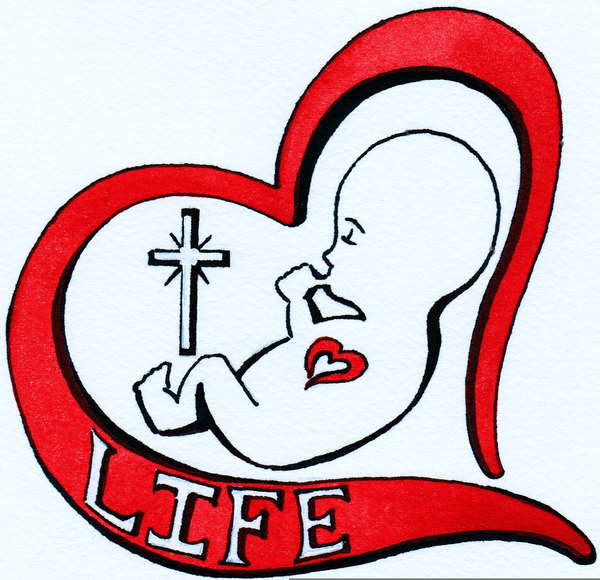 Dear Friends of the Constitution Party,

Do you know that every plank in the Constitution Party Platform is listed in alphabetical order? ……EXCEPT the first one, “Sanctity of Life”!

After all these years, the Supreme Court just might overturn this horrendous landmark decision of allowing the slaughter of children in the womb and return it to the states to decide?

Because the “Fake News” and activists are melting down and misrepresenting the DRAFT opinion that was leaked, we felt our supporters would appreciate reading some of these brilliant words written by Associate Justice Samuel Alito:

1)  We hold that Roe and Casey must be overruled.  The Constitution makes no reference to abortion, and no such right is implicitly protected by a constitutional provision, including the one on which the defenders of Roe and Casey now chiefly rely – the Due Process Clause of the Fourteenth Amendment.

2)  That provision has been held to guarantee some rights that are not mentioned in the Constitution, but any such right must be “deeply rooted in this Nation’s history and tradition” and “implicit in the concept of ordered liberty.”

3)  The right to abortion does not fall within this category.  Until the latter part of the 20th century, such a right was entirely unknown in American law.

4)  Roe was egregiously wrong from the start.  Its reasoning was exceptionally weak, and the decision has had damaging consequences,

5)  It is time to heed the Constitution and return the issue of abortion to the people’s elected representatives.

NOTE:  By the way, did you know this?

. . . .only six countries besides the United States “permit(ted) nontherapeutic or elective abortion-on-demand after the twentieth week of gestation.”  Countries permitting is Canada, China, Netherlands, North Korea, Singapore and Vietnam.

6)  Not only was there no support for such a constitutional right until shortly before Roe, but abortion had long been a crime in every single State. (This was NOT a deeply held American tradition)

7)  We begin with the common law, under which abortion was a crime at least after “quickening” – i.e., the first felt movement of the fetus in the womb, which usually occurs between the 16th and 18th week of pregnancy.

8)  English cases dating all the way back to the 13th century corroborate the treatises’ statements that abortion was a crime.

9)  The inescapable conclusion is that a right to abortion is not deeply rooted in the Nation’s history and traditions.  On the contrary, an unbroken tradition of prohibiting abortion on pain of criminal punishment persisted from the earliest days of the common law until 1973.

10)  Abortion is nothing new.  It has been addressed by lawmakers for centuries, and the fundamental moral question that it poses is ageless.

11) ….We explained why Roe was incorrectly decided, but that decision was more than just wrong.  It stood on exceptionally weak grounds.  Roe found that the Constitution implicitly conferred a right to obtain an abortion, but it failed to ground its decision in text, history, or precedent.  It relied on an erroneous historical narrative; it devoted great attention to and presumably relied on matters that have no bearing on the meaning of the Constitution; it disregarded the fundamental difference between the precedents on which it relied and the question before the Court; it concocted an elaborate set of rules, with different restrictions for each trimester of pregnancy, but it did not explain how this veritable code could be teased out of anything in the Constitution.

NOTE:  The Justices know there is going to be tremendous blowback, and they write about it here:

12)  We do not pretend to know how our political system or society will respond to today’s decision overruling Roe and Casey.  And even if we could foresee what will happen, we would have no authority to let that knowledge influence our decision.  We can only do our job, which is to interpret the law, apply longstanding principles of stare decisis, and decide this case accordingly. We therefore hold that the Constitution does not confer a right to abortion.  Roe and Casey must be overruled, and the authority to regulate abortion must be returned to the people and their elected representatives.

NOTE:  Is America’s nuclear family disappearing?  Check out these statistics by the Pew Research Center:

MARRIAGE RATE FOR ALL ADULTS

Do you think abortion is a huge part of these statistics proving the American family is under attack?

We invite you to please review the Constitution Party Platform in its entirety at Platform – Constitution Party and especially the plank on the “Sanctity of Life”, which is printed below.  If you agree, please consider supporting the ONLY political party in America that is committed to restoring constitutional limits to our Nation.

The Declaration of Independence states:

“We hold these truths to be self-evident, that all men are created equal, that they are endowed by their Creator with certain unalienable Rights, that among these are Life, Liberty and the pursuit of Happiness”.

We affirm the God-given legal personhood of all human beings from fertilization to natural death, without exception. The first duty of the law is to protect innocent life, created in the image of God. No level of civil government may legalize or fund the taking of life without justification. Legalizing the termination of innocent life of the born or unborn, whether by abortion, infanticide, euthanasia or suicide, is a direct violation of their unalienable right to life. As to matters of rape and incest, we empathize with those abused and assert the need to provide immediate protection and care in a safe environment. Instead of the further violence of abortion, the mother and the child should be provided with compassionate care. We find it unconscionable to take the life of an innocent child for the crimes of his father.

We oppose the distribution and use of all abortifacients. We oppose the use of third-party assisted reproduction that harms pre-born persons created in the process, involves surrogacy, or involves egg or sperm from donors other than the spouse. All funding, statutes, and regulations authorizing biomedical research involving human embryos for cloning and human enhancement must be repealed.

In office, we shall only appoint to the judiciary, and to other positions of judicial and executive authority, qualified individuals who publicly acknowledge and commit themselves to the legal personhood of all human beings. In addition, we will do all that is within our power to encourage federal, state, and local government officials to protect the sanctity of the life of the pre-born through legislation, executive action, and judicial enforcement of the law of the land. We oppose the use of tax-payer funds at any level of government to support any local, state, federal, or foreign government entity, or any other private organization or quasi-government entity, foreign or domestic, which advocates, encourages or participates in the practice of abortion.

Article IV of the Constitution guarantees to each state a republican form of government. Therefore, although a Supreme Court opinion is binding on the parties to the controversy as to the particulars of the case, it is not a political rule for the nation. Roe v. Wade is an illegitimate usurpation of authority, contrary to the Declaration of Independence and Constitution. It must be resisted by all civil government officials, federal, state, and local, and by all branches of the government – legislative, executive and judicial.

We affirm both the authority and duty of Congress to limit the appellate jurisdiction of the Supreme Court in all cases involving the personhood of all human beings in accordance with the U.S. Constitution, Article III, Section 2.

Further, we condemn the misuse of federal laws against pro-life advocates, and strongly urge the repeal of statutes like the Freedom of Access to Clinic Entrances (FACE) Act as an unconstitutional expansion of federal power into areas reserved to the states or people by the Tenth Amendment.

11 thoughts on “Constitution Party: The Death of Roe”