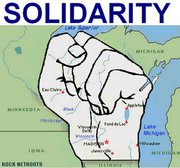 END_OF_DOCUMENT_TOKEN_TO_BE_REPLACED

“MISS ME YET?” King George III
It’s Time to Throw Out King Obama

We’ve all seen the billboards with former President George W. Bush’s smiling face, and the words “Miss me yet?”… Read more ...

END_OF_DOCUMENT_TOKEN_TO_BE_REPLACED

Adrian Galysh: ‘Alex Padilla’s SB 602 requires food handlers to get a license to flip burgers for minimum wage, but none to mis-manage the state for $95,281/year’

VAN NUYS, CA: Adrian Galysh, candidate for California State Senate, district 20 (San Fernando Valley), responds to Senator Alex Padilla’s “Food Safety” law that will require food handlers to pay licensing and training fees, “While this bill may bring in millions of dollars of “easy money” for the government, it is taking money out of the pockets of 1.4 million hard working Californians that need it the most.… Read more ...

END_OF_DOCUMENT_TOKEN_TO_BE_REPLACED

As I have said before, everyone is entitled to their own opinion about medical marijuana, but not their own “facts.”… Read more ...