The Maine Green Independent Party has called for the impeachment of Republican Gov. Paul LePage, with the MGIP state committee voting unanimously to urge the state House of Representatives to do so.

MGIP co-chair Gilbert Harris said, “Since taking office in 2011, Le Page’s tenure has been marked by slurs and morally questionable statements about individuals in office and about whole groups of people and he has taken actions that are unconstitutional, arguably criminal, and reflect badly on the people of Maine, the state as a whole, and the governor’s office itself.”… Read more ...

END_OF_DOCUMENT_TOKEN_TO_BE_REPLACED 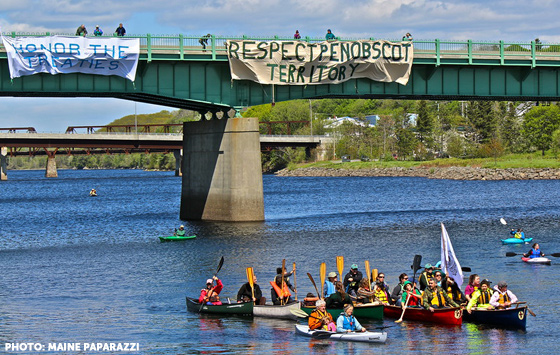 END_OF_DOCUMENT_TOKEN_TO_BE_REPLACED

Maine requires a group that wishes to be a ballot-qualified party to have at least 5,000 registered members by December 1 of the odd year before an election year. The only group that tried to use this procedure for 2016 is the Libertarian Party, which has been registering members all during 2015.… Read more ...

END_OF_DOCUMENT_TOKEN_TO_BE_REPLACED

The Portland Press Herald has this comprehensive story about the Green Party in Portland, Maine. Oddly, however, it doesn’t mention that in November 2016, Maine voters will be voting on an initiative to use instant runoff voting for all state and federal office (except President).… Read more ...