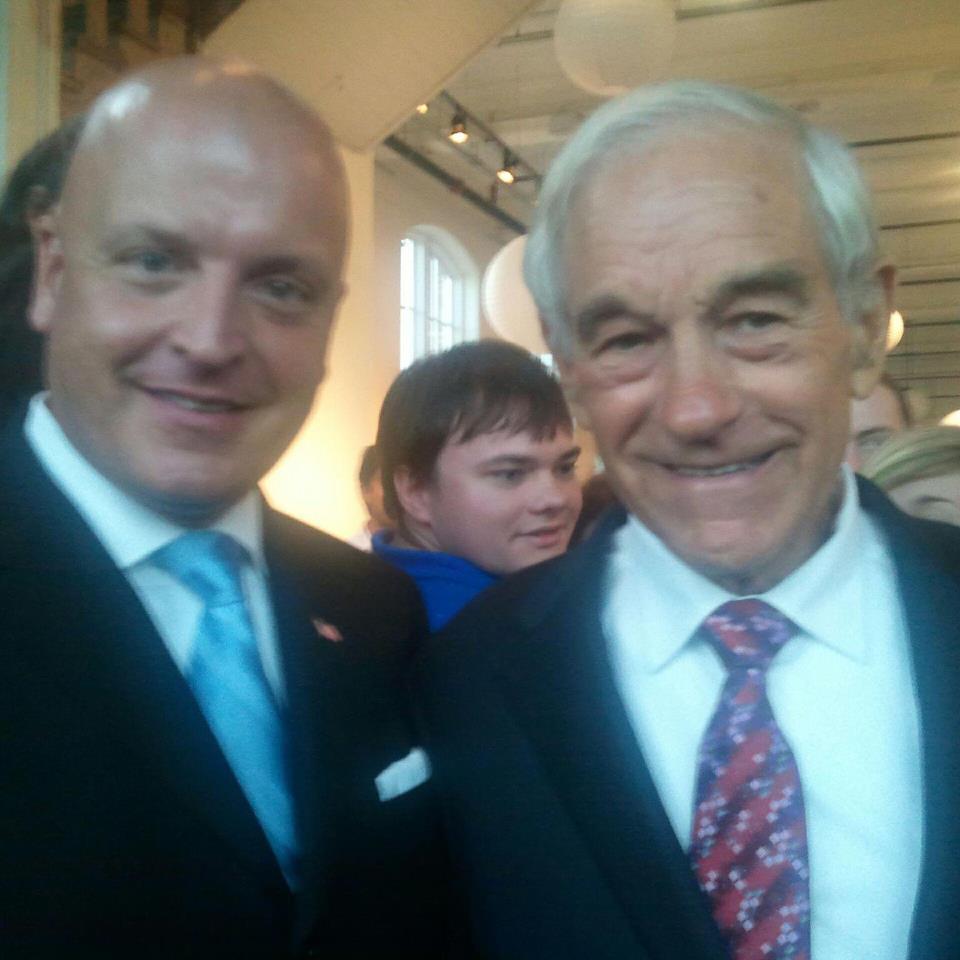 Wells with Ron Paul in August 2012

The following was a press release issued by the Robby Wells 2016 Presidential campaign today.

On The Wilder Side:

Midge Potts, Progressive/Green Party Candidate for US Senate, who began walking from Missouri ‘s only nuclear power reactor in Callaway County on April 10th, announced on Monday that she had to end her trek early because of a pulled tendon she suffered during her attempt to reach the Honeywell nuke bomb parts factory in Kansas City.… Read more ...