After BLM and Antifa militants surrounded and  attempted to physically attack Senator Rand Paul and his wife Kelley following the August 27 Republican National Convention, the Libertarian Party Twitter account mocked Paul and downplayed the event Thursday.  In response to a user who tweeted “Rand Paul is afraid somebody on the sidewalk might yell at him,” the party tweeted:

From The Liberty Bacon:

Several sources from within both the Rand Paul and the Austin Petersen camps confirmed talks have been taking place for Senator Paul’s endorsement of the Libertarian Party’s presidential candidate Austin Petersen.

One source said that Senator Paul had considered endorsing fellow Tea Party candidate Ted Cruz, saying if Rand thought he had a future with the GOP, he would have endorse Cruz.… Read more ...

Ron Paul, following the conclusion of his son’s 2016 GOP primary campaign, appeared on FBN’s Kennedy to discuss what’s next for libertarians. He urges libertarians and liberty-minded Republicans alike to “forget about the Republican primary, and for that matter Republicans and Democrats.” Paul insists libertarians have nobody to vote for among any of the remaining major-party candidates, and should instead seek out and support “an alternative party” such as the L.P.… Read more ...

Rand Paul is the latest to find that there is no room for the Liberty Movement in today’s Republican nominating process. I’ve been there. With his departure from the presidential race, there is no voice remaining to challenge failed military interventions, mass surveillance of Americans by their government, or real cuts in the size and cost of government. 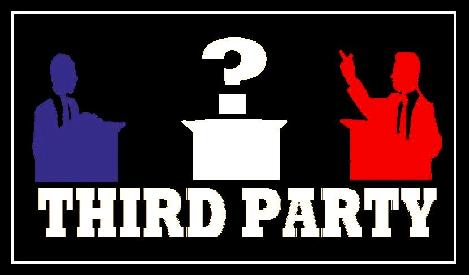 See this article from Politico, about Republicans “laughing” at the idea of Bloomberg independent bid they think would pull votes almost exclusively from the Democratic nominee.

But even if Bloomberg’s “dream scenario” of Cruz as the Republican nominee and Sanders as the Democrat came to pass, Oman remarked, there are many weeks to go before the two major parties decide.

In a recent interview with Chuck Todd, Ron Paul discusses why it would be “absolutely impossible” for him to support any of the major-party candidates for President other than his son, Rand. In response to a question, Paul favorably cites the Libertarian Party’s membership pledge, and its formulation of the non-aggression principle.… Read more ...

Chuck Baldwin posted this to his Facebook page today. Mr. Baldwin was the Presidential nominee for the Constitution Party in 2008, and the nominee for vice-president for that party in 2004.

Faithful readers of this post know that I have previously provided objective commentary–complete with pluses and minuses–on most of the Republican presidential candidates.

Topics of discussion include Johnsons’s 2016 plans, the rise of Trump, the fall of Paul, and how Gary learned to like anarchists.… Read more ...

via the Live Free blog:

Why I would run for President
by Gary Johnson

When I completed my second term as Governor of New Mexico in 2003, I was done.

I had been elected Governor when everyone said I didn’t have a chance. A businessman who had never sought or held elected office, running as a Republican in an overwhelmingly Democratic state, my prospects for success were dismissed by Republicans and Democrats alike.… Read more ...