Posts tagged as “The Delaware Libertarian”

The Delaware Libertarian: RIP Bill Morris (1920-2013): Founder of the Libertarian Party of Delaware

The following was originally published on The Delaware Libertarian on July 28, 2013.

William E. “Bill” Morris passed away on 25 July 2013, apparently from complications from pneumonia.

Bill was the founder of the Libertarian Party of Delaware in 1975, and stayed actively engaged in what he considered an ongoing battle for freedom until just a few months before his death.… Read more ...

END_OF_DOCUMENT_TOKEN_TO_BE_REPLACED 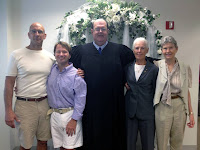 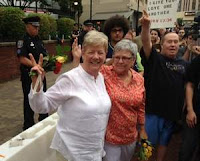 Today Senator Karen Petersen, Corey Marshall-Steele, and others got married in Delaware

Yesterday, while the General Assembly was in session and we were all focused on the fate of our particular favorites (or un-favorites) among the flurry of legislation, couples all over Delaware were counting down the hours to get to the day they had waited for … often for years or decades.… Read more ...

END_OF_DOCUMENT_TOKEN_TO_BE_REPLACED

Published on The Delaware Libertarian blog

Sometimes lost in the shuffle over high-profile bills on topics like gun control, LGBT issues, or charters schools are a lot of other freedom-related issues that Libertarians are the only political party fully supporting.… Read more ...