This year, we have seen at least two unlikely political newcomers attempt to enter their respective Black Caucuses. One is a newly elected “pro-environmental” “Republican” person of Vietnamese descent in New Orleans, Louisiana, Joseph Cao. The other is a newly elected “pro-labor” “Green” from Little Rock, Arkansas, Richard Carroll. Both are historic nominations.

An attempt to enter a den created to protect the voting rights and issues of Blacks from political outsiders sounds almost comical, or naive at best. However, it is indicative of a more important trend, one that can lead to a better understanding between a community and its representative.As we have learned, corruption is restricted to neither race nor party. We need to look at the person. What is it the person wishes to accomplish? In districts where race and politics play hardball, finding open paths towards communicating is necessary.

For anyone who believes that there isn’t room for reconciliation, just 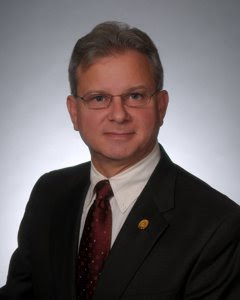 look at the headline from the Arkansas Democratic Gazette: “Black Caucus Rejects Membership of White.” It was an editorial choice that belies what both the reporter and those involved intended. Rep. Richard Carroll of North Little Rock, Arkansas is Caucasian; his wife is Black. He is pro-Labor. And though formerly a Democrat, he rode on the Green ticket because the Democratic one was not open. While Carroll hasn’t committed to a party for a 2010 run, he has asserted that he represents the Green Party, despite some disagreements with its platform. He approached his state’s black caucus in an attempt to develop relationship. A representative of the Black Caucus said while the by-laws do not allow for a non-Black to be a member of the group, they are open to finding a way in which Carroll could interface with them. The sharply different tone of the headline exposes a bias in the media’s presentation of what happened. 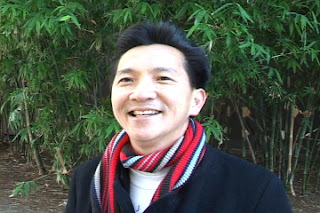 In what was considered one of the biggest political upsets this last election, Jospeh Cao (R) won a Congressional Seat held by Democrats since the end of Reconstruction. Cao’s challenge, if he wants to retain his seat in 2010, is to prove to his mostly black constituency that he can deliver the services they need. His district includes areas hardest hit by Hurricane Katrina.

Cao, who ran as an independent in 2006, accepted the Republican ballot line for this last race in which he competed against incumbent William Jefferson ,Green Party Malik Rahim and Libertarian Gregory Kahn. Infused with an undisclosed amount of Republican Party dollars, his campaign easily overtook Jefferson’s before polls closed. Jefferson, who has been indicted on 16 charges of corruption, nonetheless held a 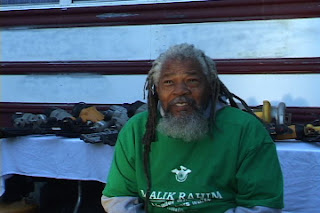 Malik Rahim, a Green Party candidate, came in a distant third with remarkably less campaign money, media attention and organizational support. However, his campagin infused the local Green Party with a new sense of purpose and we may be seeing more from them come 2010.

6 thoughts on “Polidoc Productions: Breaking through the Black Ceiling”