With former president Donald Trump backing a GOP primary challenge to the incumbent, new polling today shows Massachusetts governor Charlie Baker’s most viable path to a third term appears to be running as an independent.

According to the survey from Northwind Strategies, Baker is viewed favorably by only 23 percent of Republican general election voters and unfavorably by 68 percent.… Read more ...

2020 Libertarian presidential candidate and judicial committee member Vermin Supreme announced he is waging a write-in campaign for US Senate in his homestate of Massachusetts.  He sent out the following press release today:

HEY KIDS! It’s ME…VERMIN SUPREME!!! and I’m here to let YOU know that I am running for US Senate in Massachusetts.

Assembling in the Aria Ballroom of the new MGM Springfield earlier this month, the Massachusetts chapter of the “Party of Principle” coalesced around the call for liberty in the era of the Trump Administration. Over four dozen activists, joined by such prominent figures as Paul Jacobs, Carla Gericke, former Massachusetts Governor Bill Weld, and Reason editor-at-large Matt Welch, convened to discuss the direction of the party in one of the most partisan and deeply divided political environments in recent history.… Read more ...

Members of the Libertarian Association of Massachusetts met in Westborough over the weekend to mobilize ahead of the presidential election. The “Party of Principle”, a moniker they’ve adopted in this tumultuous election cycle, saw one of its largest Massachusetts based conventions in years, with activists flocking to hear from big players in Libertarian circles and set goals for the future.… Read more ... 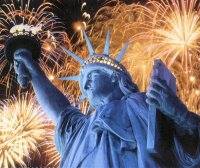 The Libertarian Party of Massachusetts is running Facebook Page campaigns to promote the Libertarian viewpoint. This post is from Peace Now – End the Warfare State.

Dwight David Eisenhower rose from West Point to our highest military rank, General of the Army. He commanded the largest military force America has ever put into the field.… Read more ...

Eight decades ago, the Germans launched a war on Judaism. Synagogues were destroyed. Jewish newspapers were silenced. Jews had special ID cards.

From Green Party US:

WASHINGTON, D.C. — The Green Party of the United States is calling for the defeat of proposed tar-sands pipelines when the U.S. Senate votes on the Keystone XL pipeline on Tuesday and opposes alternative plans, including “Energy East,” that would route Canadian oil into the U.S.… Read more ... McCormick, who lists a Beacon Street address near the Public Gardens, formed an account to run for governor on Monday morning with the Office of Campaign and Political Finance.… Read more ...

On Wednesday, June 27, PPP released a new poll in the state of Massachusetts that included both Libertarian Gary Johnson and Green Jill Stein. This is one of the first polls conducted with both candidates, and is also Johnson’s lowest state poll numbers to date.

Today Jill Stein’s campaign, aimed at securing the Green Party’s nomination for president, sent out a fundraising email with the pitch of “Double Your Green.”  That is, if Stein raises $5,000 in donations of $250 or less from 20 or more states, the federal government will then match donations of that amount dollar-for-dollar. … Read more ...

UPDATE: The original story below is incorrect. As a result of posting it here and ensuing comments, it has been corrected at the original source.

Because most states purge their voter registration rolls between elections, the United States has fewer registered voters now than in October 2010.

GPW reports that Roseanne Barr is very active on Twitter, and had tweeted a challenge to Bill Maher, Jon Stewart and Stephen Colbert to have both herself and Jill Stein on their programs.… Read more ...