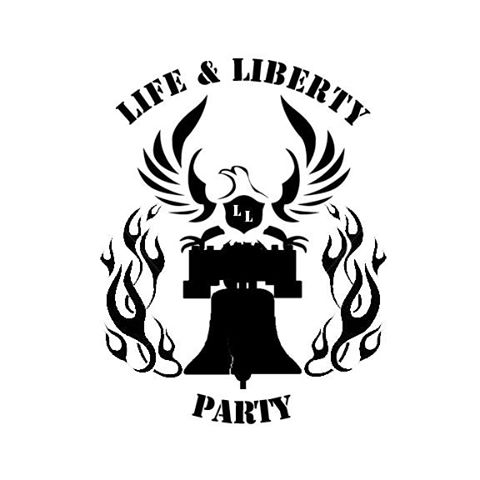 The Life and Liberty Party is “a coalition of parties across the nation. … Read more ... Press Release from the Libertarian Party of Arkansas:

The Libertarian Party of Arkansas held a Special Nominating Convention Saturday, January 23, 2016 at Foghorn’s Restaurant in Fayetteville to fill the Vacancy in Nomination for the Third Congressional District.

Previous nominee Nathan LaFrance vacated the nomination due to taking a job out of state.… Read more ...

KUAR in Arkansas reports on its website that the Libertarian Party of Arkansas has been “been officially recognized by Arkansas as a ‘new’ political party” for “the third consecutive cycle.”

via the Libertarian Party:

The Arkansas Secretary of State declared this week that the state Libertarian Party’s petition drive was a success, enabling the LP to run partisan candidates in the 2016 elections.

The LPAR had to collect at least 10,000 signatures from registered voters within a 90-day window.

This is the third straight general election cycle that the LPAR has successfully petitioned statewide to get candidates on the ballot.… Read more ...

It is tiresome to continually be asked why we would want to run a Libertarian candidate against a “good Republican” or “a good libertarian leaning Republican.” Would this same person ask that of the Democratic Party?… Read more ... The Green Party of Arkansas, the only progressive political party in Arkansas, today announces candidates for Governor and U. S. Senate. Josh Drake, Hot Springs attorney will campaign for the nomination for governor and Mark Swaney of Huntsville will campaign for the nomination for U. S. Senate. Both men are long time Green Party activists and former candidates for the Green Party, and each promises a lively campaign.… Read more ...

(Little Rock, AR) The Libertarian Party of Arkansas (LPAR) is officially a recognized political party for the second time in history and will now be able to run candidates for office in 2014.

Last month the party submitted signatures to the Secretary of State’s office in order to fulfill the requirement of collecting at least 10,000 valid signatures from registered voters in the state.… Read more ...

Free & Equal is determined to accomplish many things before the next election cycle… Starting with putting the Commission on Presidential Debates OUT OF BUSINESS! … Read more ...

In Arkansas, former Democratic state legislator Fred Smith has won election to the State House as a nominee of the Green Party. Smith is also a former Harlem Globetrotter. Fred Smith was elected in the 50th District House race because his only opponent on the ballot, Hudson Hallum, was forced to resign from the ballot after an indictment.… Read more ...

Besides Presidential Candidate Jill Stein and running mate Cheri Honkala, Arkansas voters will see Greens on the ballot for all four seats in the House of Representatives, plus two state legislative seats and 8 more local races.

Arkansas is predicting a Republican sweep of the four Congressional races.… Read more ...

Jill Stein is one of several Green Party presidential candidates vying for the party’s nomination. The nomination is mostly determined by pre-allocated delegates awarded for winning primaries in various states. Of the 129 delegates that have thus far been allocated, Jill Stein has captrued 96.5 of them, giving her 74.8% of the total thus far.… Read more ...