In his speech Gov. Paterson named fiscal reform, ethics reform, and political reform as the most pressing problems facing New Yorkers in 2010. Unfortunately, his prescription for solving these problems is mostly unimaginative and will do very little to help the millions of New Yorkers suffering from unemployment, decaying infrastructure, lack of health care, environmental degradation, and an unresponsive and corrupt political process at the legislature. The Green Party instead offers a platform of real ethics, economic, and political reform to address the fundamental problems facing New York. 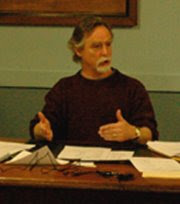 “New York faces many of these crises due to the broken processes of its Legislature. From the pay-to-play politics endemic between lobbyists, special interest groups, and legislators, nearly guaranteed re-election of incumbents, to the power of Senate and Assembly leaders, the legislature makes a mockery of the term representative democracy. Gov. Paterson acknowledged this and we hope the Legislature follows through with his call for an immediate overhaul of campaign finance, term limits, and an ethics commission with teeth, but we remain skeptical. New Yorkers need immediate reform:

Gov. Paterson has chosen to punish working New Yorkers with his economic policies. By demanding an immediate cut of nearly a billion dollars in the budget his policies will lead to essential services and jobs being cut at a time when we desperately need more money flowing in that direction so as to increase income and demand. The spending cap proposed is a terrible idea when the economy desperately needs more money spent in crucial sectors.

Add to this the failure to pass the Farmworkers’ Bill of Rights, lack of movement on a living wage – and the record of Paterson and the Legislature last year looks distinctly anti-worker. Paterson has also raided the RGGI and environmental funds to pay off debt.

We propose that Paterson immediately call for re-institution of income and corporate tax levels to what they were in the 1970s; the Fiscal Policy Institute has concluded in numerous studies that the cuts enacted during the Pataki era alone cost the state $20 billion a year. The legislature should raise the minimum wage across the state to a living wage and see exactly what increased demand will do to buoy and restore local economies. A real plan to de-carbonize the state economy fully by 2020 will do more to create green jobs and clean energy than a half-hearted 45 by 15 program now in the works.

New York faces an immediate crisis in terms of inadequate health care, both in terms of under-insured and uninsured, and Gov. Paterson mentioned nothing about this. The national plan on the table will do nothing to change this and will have no effect until 2013.

New Yorkers need health care reform now, and that means single-payer universal care administered democratically by elected boards of citizens and health care professionals. Not only would this cover the three million New Yorkers who are currently without care, it would give better care to millions more than they currently receive. Numerous studies have proven single-payer to be the cheaper, fiscally prudent choice for health care.

In an era of budget deficits and declining revenues, why isn’t Gov. Paterson leading the charge along with the Legislature for single-payer? It would help businesses by decreasing the cost for health care, eliminate medical bankruptcies, and allow more New Yorkers to seek preventative care and lead to a generally healthier population. With all the positive impact on the economy, isn’t this a smart choice?

“Governor Paterson chose to completely ignore the enormously explosive issue that will surely be determinant in the outcome of the 2010 gubernatorial election: The Marcellus Shale.

While banksters have self-indulgently rewarded themselves, celebrating their thefts so great that Attorney General Andrew Cuomo considers their crimes too big to prosecute, Governor Paterson has waged a charmless campaign blaming all their victims. Paterson has argued that those to whom government should be responsible — even the school children and those who care for them — are “special interests” that he isn’t interested in.

Our water, our air, and the soil from which we produce our food is truly something that any good government would have a particularly special interest in carefully protecting. The fossil fuel extraction industry has amply proven, everywhere that it has used it, that its Halliburton developed high volume high pressure hydrofracture process to rip the last remnants of gas held too tightly within deep stone deposits, like the Marcellus Shale, is an environmentally unsound practice.

To responsibly protect our environment upon which the health and prosperity of all current and future New Yorkers depends, Governor Paterson should immediately issue an executive order banning unconventional gas drilling everywhere within New York State — an executive order permanently prohibiting the DEC from issuing any permits for unconventional gas drilling anywhere within New York State.”