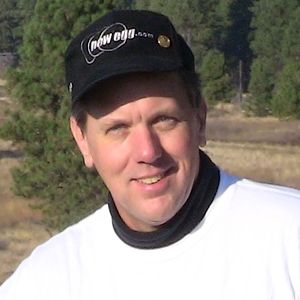 Today, September 17, commemorates the signing of the United States Constitution, the document that both frames our form of government and simultaneously protects our liberties by strictly limiting the powers granted to that government. As Patrick Henry put it:

This is a day that should be celebrated with parades, picnics and speeches proclaiming the enduring principles of liberty enshrined in our founding documents and charging each new generation of Americans to jealously guard their national heritage.

Sadly, the majority of Americans will watch this day come and go without even knowing it’s significance. Perhaps this explains, at least in part, our willingness to elect, then constantly reelect, representatives who consistently ignore the supreme law of the land and do so with impunity. Contrary to the clear intent of the framers of our Constitution:

I have been observing the political scene for about a quarter of a century now. I have watched Congress go from Democrat control to Republican, to Democrat to now being split. We have had a Republican President, then Democrat, then Republican and back to Democrat again. In all that time, the one constant has been that each Congress and each President has perpetuated, and in most cases added to, the unconstitutional deeds of their predecessors, showing at a minimum disregard for, and at worst outright disdain for, the once venerated document so carefully crafted by its framers 226 years ago.

This year, let’s celebrate Constitution Day by doing our part to right these wrongs by refreshing in ourselves and others, the knowledge of the supreme law of our land so that we can ably defend it and stop being duped by those who subvert it. Read the US Constitution online or purchase a copy in booklet form for only $1, or better yet, purchase abox of 100 constitution booklets for only $35 and give them to everyone you meet. If you’re really serious about rediscovering our national heritage, check out the Institute on the Constitution study course with kits starting as low as $74.99.

The only thing you have to lose by getting refreshed in the principles of our nation’s founding is the bliss of ignorance as knowledge begins to compel you to actions that may take you outside your comfort zone. On the other hand, the only thing you can hope to gain by remaining ill-informed and forgetful of your heritage, is the destruction of your Constitutional republic and the loss of your liberty.

My people are destroyed for lack of knowledge: because thou hast rejected knowledge, I will also reject thee, that thou shalt be no priest to me: seeing thou hast forgotten the law of thy God, I will also forget thy children.

The archived edition of the program will be available after the live airing at www.cynthiadavis.net