Mark G. Elworth: marijuana activist and perennial candidate has announced his intentions to create a second political party in his home state of Nebraska, under the name “MAGA Patriots Party”.

In a Facebook Post, Elworth has stated his intentions for forming this new party was to “get real people in office” and that he was still committed to getting the Legal Marijuana Now Party on the ballot. He also attempted to distance the Legal Marijuana Now Party from this endeavor, however he has been using the official LMN Party Facebook page to promote the new party.

This comes after accusations that the Legal Marijuana Now Party has been taken over by Trump Supporters, as was the case with their latest candidate in Minnesota’s Second Congressional District Adam Weeks. 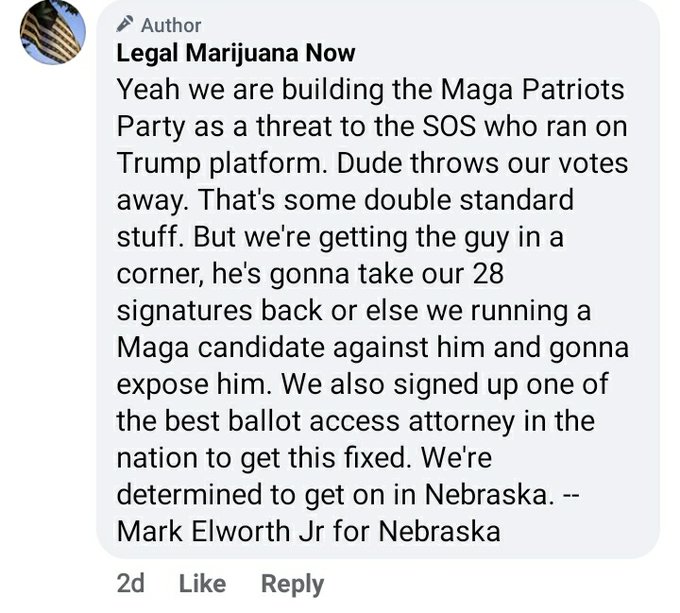