The Socialist Party USA had an excellent National Organizing Conference (NOC) this year in Madison, Wisconsin. The three-day event featured music, speakers and workshops that offered practical skills to enhance our activism. A little more than 50 people turned up for the event from all over the country. The relatively new South Central Wisconsin local hosted the event and these comrades performed marvelously.

Saturday’s plenary was noteworthy. Radical historian Paul Buhle gave the first speech in which he emphasized the need for radical political movements to take counterculture seriously. He lamented the early worker’s movements cleaving off of the radical bohemian elements in favor of a more workerist approach. Similarly, he tracked the development of the Beat culture as an important part of the general radicalization of the 60s.

Peace activist Cindy Sheehan was the next speaker. The many comrades who donated funds to pay for her plane ticket and housing made Cindy’s speech possible. She discussed the “so-called” anti-war movement and spoke out strongly against the way in which the movement was funneled into the Obama campaign and killed. Cindy spoke passionately about re-imagining the anti-war movement as an anti-capitalist movement that understood the links between economic exploitation and war. She declared herself a revolutionary socialist from the podium. In addition, she announced her intention to run for president in order to challenge the war candidates in 2012. Quite an exciting development for us!

Finally, Dan LaBotz, fresh off his Socialist Party campaigning in Ohio gave a fiery speech about the disappeared. Dan mentioned our disappearing jobs, our disappearing social movements and our disappearing independence from the Democrat party. Instead of capitulation or depression, he shouted “Nunca mas!” (Never again!) while offering inspirational stories about his time on the campaign trail in Ohio. In particular, Dan mentioned a noteworthy conversation with a Pakistani woman who thanked him for speaking out against the US war being carried out against people in her country.

Here are some pictures from the event:

Cindy Sheehan speaks during the plenary: 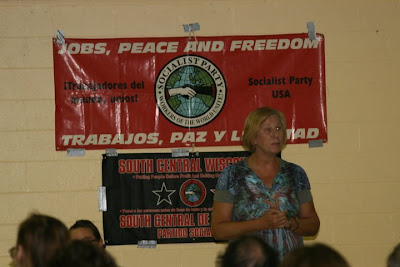 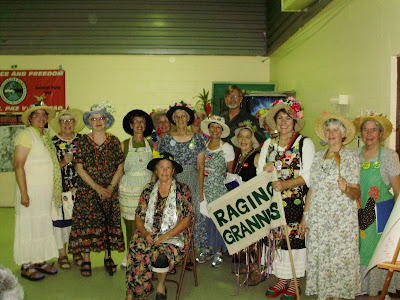 Greg at the Registration Table: 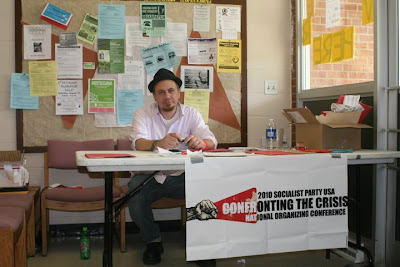 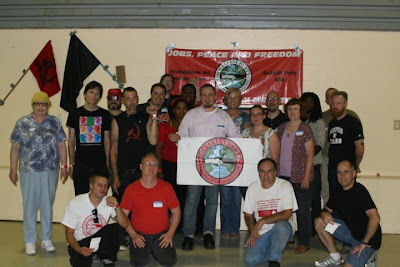 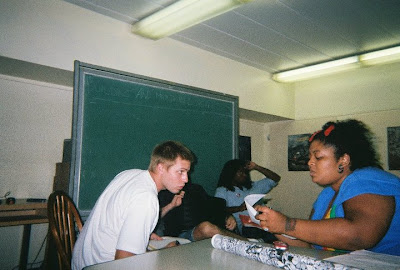 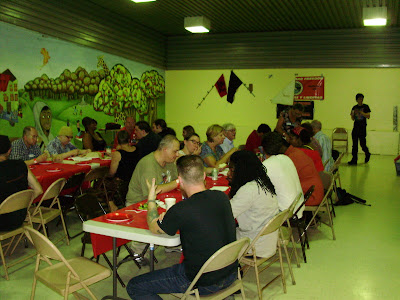