William Araujo of Edison has successfully fended off a challenge to his nominating petitions — the second such shameful attempt by the New Jersey Democratic State Committee to keep his name off the ballot in the past two months — to qualify for a spot in the November 5th general election as the Peace & Freedom Party’s candidate for governor.

A union carpenter at the New Jersey Institute of Technology in Newark, the 43-year-old Araujo had previously sought the Democratic gubernatorial nomination but was one of three candidates unceremoniously tossed from the primary ballot in April when the New Jersey Democratic State Committee — fearing competition for little-known State Sen. Barbara Buono, the party’s anointed candidate — challenged the signatures on his nominating petitions.

Buono, it turns out, wasn’t the potential “giant slayer” portrayed in an earlier piece on Uncovered Politics.  She and her mean-spirited, pea-brained advisors — the overpaid and overvalued “consultants” who make a living feeding off of one political campaign after another — chose instead to go after the “little guys,” knocking the penurious Araujo off the Democratic primary ballot along with two other rivals, including former Glen Ridge Mayor Carl A. Bergmanson.

Without Christie’s blunt “in your face” style, the soft-spoken Buono was nevertheless as much of a bully as her Republican opponent.  Her actions in dealing with Araujo’s fledgling candidacy spoke volumes about who she really is.  The Edison upstart apparently wasn’t supposed to interfere with her coronation as the party’s sacrificial lamb.

Not to be denied, Araujo, who goes by the nickname “Willie,” immediately began circulating petitions to run independently of his party in November.  Willie and his wife, Iris — a dynamo in her own right — personally collected nearly 1,200 of the 1,372 signatures on his nominating petitions.

The easy-going Araujo also adopted an appropriately-titled campaign theme song:“Little Willy” by The Sweet, a popular British rock band from the 1970s.  As the song’s lyrics state, “you can’t push Willy round, Willy won’t go.”

True enough, Little Willie is now on the ballot.

The New Jersey Democrats, who apparently tired of pummeling poor Willie, sheepishly dropped their last-minute challenge to Araujo’s independent nominating petitions this morning after striking only 32 of the more than 900 signatures they were contesting.

In officially qualifying for the general election ballot, Araujo promised a “New Deal for New Jersey.”   He said he will fight for the state’s long ignored and forgotten poor, working-class and struggling middle income communities.

“I want to be their voice,” he declared.

Araujo, who once lived on the streets as a young teenager growing up in Newark, knows what it’s like to struggle.

Despite high approval numbers and a commanding thirty-point lead in the polls, he also doesn’t believe that Gov. Christie is invincible.  “Nothing is impossible,” he says.

All of the media adoration for Chris Christie is completely unwarranted, asserts Araujo. 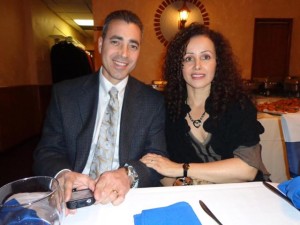 Araujo and his wife, Iris, personally collected nearly 1,200 signatures on his petitions.

“Gov. Christie hasn’t done anything to improve New Jersey’s economy,” he said.  “Our jobless rate was 9% in April, which was only three-tenths of a percentage point lower than when Christie took office in January 2010 and much higher than the national unemployment rate of 7.5 percent that month.  It improved slightly last month,” continued Araujo, “but we’re still saddled with the second-highest foreclosure inventory in the country and, alarmingly, poverty — particularly child poverty — is on the rise.”

The spunky, blue-collar candidate maintains that Christie has done little or nothing to stem the recent increase in poverty in the Garden State.

“Child poverty has increased dramatically under his watch,” said the long-shot candidate.

To read the rest of the article, please go to the following link: