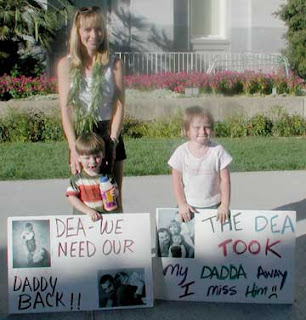 The U.S. Justice Department on Monday issued new guidelines telling prosecutors they “should not focus federal resources in your States on individuals whose actions are in clear and unambiguous compliance with existing state laws providing for the medical use of marijuana.”  Below is a roundup of reactions from libertarians. At the end is a must-see video from Reason TV in which Drew Carey reports on the ongoing efforts of the Obama Justice Dept. to sentence Californian Charles Lynch to five years in prison for dispensing marijuana to the parents of a teenage cancer victim.

The Libertarian Party: This is a small step in the right direction. The federal government currently wastes tremendous resources in the War on Drugs, creating a huge, vicious, violent black market. This new policy will reduce the damage and destruction, and it will hopefully end some of the unjust prosecution of peaceful medical marijuana providers and patients.  The LP has long called for the repeal of laws that criminalize the medicinal or recreational use of drugs.