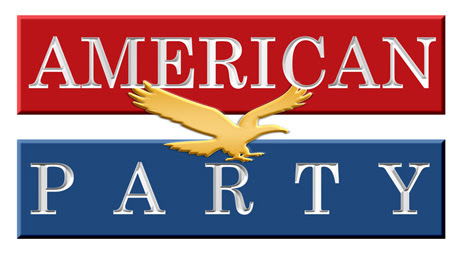 The following was published in “The State“, a South Carolina Newspaper on May 29th, 2013.

Columbia, SC — A recent edition of The Economist identified our paralyzed political system as our nation’s greatest liability. It no longer can deliver common-ground policy — not even on legislation supported by 90 percent of our citizens.

While campaigning from different parties in 2006, we realized we were in agreement on many issues and now have decided to act on the conviction we share — the need for a viable third political party. We have begun work to form a new political party in South Carolina, the American Party, in order to transform our dysfunctional political system. It will not be based on a single issue or any political extreme but instead will focus on the greater good.

The American Party will embrace diversity as a manifestation of the strength of our people while enforcing term limits, transparency and accountability of our candidates and office holders and will strive to elect citizen legislators and remove career politicians who are holding our democracy hostage.

The right and left political parties give voters few viable options and are moving farther away from the common good. Many feel they must choose the lesser of two evils from a list of career politicians who have survived the primary gauntlet of their respective parties by pledging allegiance to the special interests and the polarizing doctrine their bases demand.
John Adams, in his frustration with the nascent two-party system, said: “There is nothing which I dread so much as a division of the republic into two great parties, each arranged under its leader, and concerting measures in opposition to each other. This, in my humble apprehension, is to be dreaded as the greatest political evil under our Constitution.”

The Republican and Democratic parties seem neither able nor willing to change the inadequate status quo they have collaboratively created. Gridlock does not work in our home or business — and it doesn’t work for better public policy. This broken system — funded by special interests and with its insulated career politicians, gridlock and name calling — increasingly has convinced us that we must stop seeing ourselves just as Republicans or Democrats but instead must see ourselves as Americans in the greatest democracy on earth.
It’s time to regain control of our political system and our government. Only a new party that requires term limits, transparent financial campaign limits and a non-partisan problem-solving agenda focused on economic growth, fiscal responsibility and increased global competitiveness will allow the 21st century to become yet another American Century.
We became a great nation in large part because of our exceptional ability to be creative and to adapt to changing conditions. It is now time to address our growing political dysfunction by establishing a modern, moderate new party.

The American Party is being formed in neighborhoods and with the support of coalitions that long have been frustrated but focused on the common good. We are asking voters to participate in renewing our democracy. We are not a single-issue movement, nor a spoiler party designed to take away from either end of our broken two-party system. If you want another choice on Election Day, help us build the American Party and renew the true democracy that generations of Americans have sacrificed greatly to build.
Learn more at Americanpartysc.com, follow “The American Party” on Facebook, call (888) 386-8083 or write PO Box 660, Prosperity, SC 29127. Please join us for the sake of our state, our nation and our future.