Joshua Fauver: Who is Samm Tittle?

Joshua Fauver is the vice-chairman of the Clarion Call to Unite Committee (CCTUC), which seeks to unite all minor right-wing and constitutionalist third parties under one banner. He was formerly affiliated with the Constitution Party and is currently running for state representative in his home state of Louisiana in the 2015 elections.

Who is Samm Tittle? 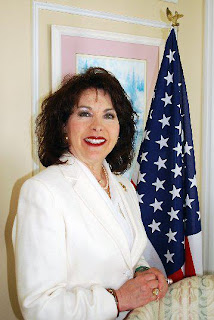 Sheila (Samm) Tittle of Fredricksburg, Virginia is a small business owner who in 2012 sought the Republican nomination for our country’s highest office. The jobless crisis that the country faced then and still faces today motivated her to announce her candidacy and take a speaking tour across the country as she launched her campaign for the Republican nomination for the presidency. The prevailing thoughts for most readers is by now, “why did I never hear from her? Who is she?”

Mrs. Tittle never made it to the debates despite her cross country campaigning. Like many of us, she doesn’t have millions of dollars to spend on a campaign. She didn’t have the backing of the mega-banks, Super Pacs, corporations, and wall street fat cats, no she ran a grassroots campaign and like many other candidates, (most notably Governor Gary Johnson) was spurned by the GOP and not allowed to debate. Tittle’s campaign announcement in Jackson, Mississippi did grab the attention of local media though.

After being rejected by the Republican Party Samm Tittle ran as a virtual independent and got on the ballot in Louisiana receiving 1,723 votes (just 700 fewer than former Virginia Congressman Virgil Goode.) which led Brian Williams of WCBS TV New York to say “I had no idea who Mrs Tittle is but I do now. Virgil Goode of Virgina was a member of the House of Representatives and spent a good bit of money on his presidential campaign as the Constitution Party nominee, but Mrs.Tittle to reach him by just a few votes is a big deal. Don’t you think we should have known more about her?”

I say yes, we should have known more about her and need to know more about her now as she has already announced her candidacy for 2016. If you look into Mrs. Tittle and look at her platform you’ll probably be most reminded of Sarah Palin or Michelle Bachmann. She is a staunch social and fiscal conservative who advocates for strict adherence to the constitution. She advocates an 80% cut in foreign aid and says “We are not the police dog of the world.”  and advocates for bringing troops home saying that our maintaining military bases in countries since the end of World War Two has outlasted its effectiveness though she does say she is not an isolationist saying “”We can help those who need a hand up, but the hand outs have to stop.”

Tittle also argues for term limits on congress saying they should only be allowed to serve for 12 years. She also says that their pay as well as their perks should be cut claiming that “”They get elected and fund their own cushy salaries, pensions and benefits..”

When it comes to social security Tittle has a plan to reform that as well. She says that reforming social security is a job that can no longer be left for the next generation to try and handle. The plan she’s advocating would make no changes to Americans who are 50 years of age and older, though she would raise the new retirement age to 70 and give young people the choice to decide where they would invest their money.