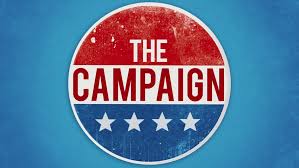 The IPR writers haven’t been able to keep up with all the news in the third-party/Independent world over the past month or so. In an effort to catch up on some of the activity and news of Libertarian candidates, this article will list many of the pieces I have found on Facebook and other sources. If I’ve overlooked someone, please don’t take it personally. If you know of something going on in a candidate’s campaign, especially if it’s yours, either tell us in a comment or send it to me and I’ll add it as an update. With less than a month to go, this article is for info we’ve overlooked or news items that we don’t want to overlook.

We’ll also be working on catching up on other parties and Independents.

The candidates are listed by states and in alphabetical order.

California: CA is short of candidates because of top-two voting that was passed in 2012, but there are a couple candidates getting news.
Tom Piper gets attention in his campaign for city council of Apple Valley because of some unique signage .
The campaign for city council of Oxnard which may be of interest to IPR readers because Aaron Starr is running for that office. Although the newspaper article quoted from couldn’t be accessed without subscription, Aaron reports this on FB:

The televised candidate forum on Wednesday went very well. This newspaper article included: “Aaron Starr, controller for Haas Automation Inc., consistently returned to his basic theme: The city is trying to do too many things, so basics end up suffering. The city should focus mainly on public safety and roads, he said, and let the private sector handle things like trash and the new water recycling plant. Starr has raised by far the most money to date, with more than $80,000 reported, including $35,000 of his own money.”

Florida : Adrian Wyllie, candidate for governor, has hired an attorney to try to get into televised debate;
Bill Wohlsifer, candidate for Attorney General, made a video about police shooting dogs:

Oregon: A married couple, Kyle Markley and Caitlin Mitchel-Markley, who are running for House District 30 and Senate District 15, joined a forum together and received favorable reviews .

Michigan: This press release was sent out regarding an upcoming debate on October 3:

Detroit, MI – Speculation on whether or not the top of ticket candidates will debate has ended. Michiganders will have there first opportunity to see two gubernatorial candidates present their case in the same forum. As an additional bonus, two candidates for United States Senate will be facing off in the same forum. The Tri-County Political Information Awareness Community Forum, sponsored by World Changers Political Action Information Team will commence on Friday October 3 at First Baptist World Changers, 22575 WEST 8 Mile Road, Detroit, MI 48219.

The participating candidates for United States Senate are Systems Engineer, Jim Fulner (Libertarian), and West Michigan artist, Chris Wahmhoff (Green). On September 8th Libertarian United States Senate candidate Jim Fulner hand delivered invitations to his Democratic opponent Gary Peters , and his and Republican opponent Terry Lynn land, requesting their participation in debates with him. Earlier that day, Fulner and his Green Party opponent, Chris Wahmhoff, held a joint press conference at the Lansing Court House to emphasize the importance of equal multi-partisan participation in Senatorial debates and to promote the #MARCHONMEDIA campaign. As of October 2nd, neither Land nor Peters have agreed to participate in a non-partisan debate. Also running is U.S. Taxpayers candidate Richard A. Markin.

Libertarian Party Vice Chair, Scotty Boman commented, “Even though this forum only includes two candidates for Governor and two candidates for U.S. Senate, it is important to note that those who are not participating, are choosing not to participate. The Republicans and Democrats will also have a forum, but these partisan events are designed to shut-out an open discussion of ideas. Those who will be absent from their events want to participate, but will be locked out.”

Missouri: Candidates spoke out at a public forum .

New York: Michael McDermott, candidate for governor, has a commercial out:

Texas: Kevin Ludlow, a candidate for House of Representative District 46, has an interesting personal story to tell:

Wisconsin: Robert Burke, candidate for governor, spoke about his personal experience. Here is a press release:

Hudson, WI – Libertarian Candidate for Governor Robert Burke announced Monday that he will be speaking on Saturday, October 4th, 2 PM at the 44th Annual Midwest Marijuana and Hemp Harvest Festival. The subject of Libertarian Burke’s speech will be his arrest and prosecution in the War on Drugs from 1990 when he was working as a Certified Nursing Assistant at the Dorchester Nursing Home in Sturgeon Bay, WI.

“We should hand out Green Hearts to people who have been the victims of The War on Drugs,” says Burke. “Lives have been impacted in terrible ways in a misguided attempt to mold social behavior. After 24 years it’s time for me and the other victims’ to tell their stories.”

The war on drugs was first introduced to America in 1971 by President Richard Nixon. In the 1980’s President Reagan escalated the war and the number of drug arrests rose 126%. By the 1990’s the American incarceration machine has imprisoning one million people a year according to a 1994 New England Journal of Medicine article. Today the incarceration rate in in the US exceeds that of communist Russia at it’s peak with large protions of the convictions for victimless drug crimes.

“The African American neighborhoods took the brunt of the War on Drugs and the collateral damage to job opportunities, education, not to mention marriages and children, borders on legislative criminal negligence,” says Burke.

Burke cites Wisconsin as the tip of the spear currently incarcerating one in eight black men in Milwaukee according to a 2013 Marquette University study. The same study shows that black men are arrested for drug crimes at well over twice the rate of their white male counterparts. A 2001-2010 National Houlshold Survey on Drug Abuse and Health showed that marijuana used by 18-25 year olds was actually higher in the white communities and exemplifies the disparity in prosecution.

Burke “Many of the people who smoke pot cut your lawns and care for your parents while others own manufacturing companies around our state or build our roads and bridges. These people are the hard working heart and soul of our economy and it’s time we take the boot off their back and focus on the real problems our state faces.”

The Midwest Harvest Festival will be held October 3rd through 5th near the Library Mall in Madison and Libertarian supporters are encouraged to join the party with signs of support Sunday at 2 PM Sunday for the march up State Street to the capitol where one of the featured speakers will be Libertarian 5th State Senate Candidate Wendy Friedrich who is running in a head to head race against Republican Leah Vukmir.

6 thoughts on “News From Libertarian Candidates Across the Country”