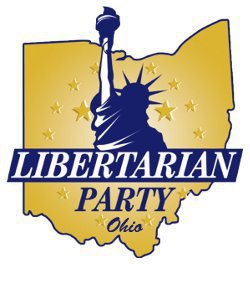 Published at the Charlotte Observer:

COLUMBUS, OHIO (AP) – Libertarian candidates seeking some local offices in Ohio face uncertain access to the ballot this year as they await a judge’s decision over new rules for minor political parties.

At issue is a 2013 state law that imposes stiffer criteria for minor political parties to reach and maintain their party’s label on ballots in the perennial swing state.

The Libertarian Party of Ohio is raising questions about the whether the state’s elections chief is improperly enforcing the law, putting the spotlight back on a measure that underwent intense legal scrutiny last election season.

Libertarians and third-party allies including the Green Party challenged the new rules in federal court, contending that they placed hurdles before candidates who already were actively seeking to make the 2014 ballot. Last year, Judge Michael Watson issued an order temporarily barring the law from being applied while he decides case.

But the pending court ruling has created a quagmire for some Libertarian candidates this year as a May primary approaches.

Election boards in Tuscarawas and Guernsey counties recently declined to certify candidate petitions of two Libertarians. The boards said they had been told by the office of the state’s elections chief that the Libertarian Party did not meet the minimum minor party qualifications in 2014.

Libertarians accuse Republican Secretary of State Jon Husted of violating the judge’s order that blocks him from applying the law.

“We at the Libertarian Party of Ohio believe that such a denial is premature given the pending litigation in federal court,” Tricia Sprankle, the party’s political director, said in a recent written statement.

At least one Libertarian candidate was certified in Hamilton County last month and is expected to appear on fall ballots. Jerald Robertson, mayor of Elmwood Place, successfully filed his petitions to seek re-election, the county’s board of the elections said. He won’t appear on May primary ballots because he is unopposed.

McClellan said Husted’s office has informed the boards that should the law be upheld, Libertarians would no longer qualify as a minor party in Ohio.

Because the Libertarians didn’t have a gubernatorial candidate on last year’s ballot, they did not have the chance to earn enough votes to maintain their minor party status.

The Libertarians’ attorneys have asked Watson to make clear that his order blocks such a requirement from being retroactively applied while he decides the case.

The Libertarians say the law effectively provides no way for them to qualify as a party this year and run candidates in 2015.

“It is nothing less than kicking alternative parties off the ballot and keeping them off the ballot for a year’s worth of elections,” the attorneys told the court in a Feb. 27 filing.

The new minor-party rules came ahead of the 2014 election, as Republicans who dominated the Ohio Legislature faced growing competition from tea party supporters who had said they may back a third-party challenger to Republican Gov. John Kasich.

The law’s critics derisively called it the “John Kasich Re-election Protection Act.” Backers of the measure disputed the characterization, saying the requirements were long overdue, and Kasich was handily re-elected last fall.