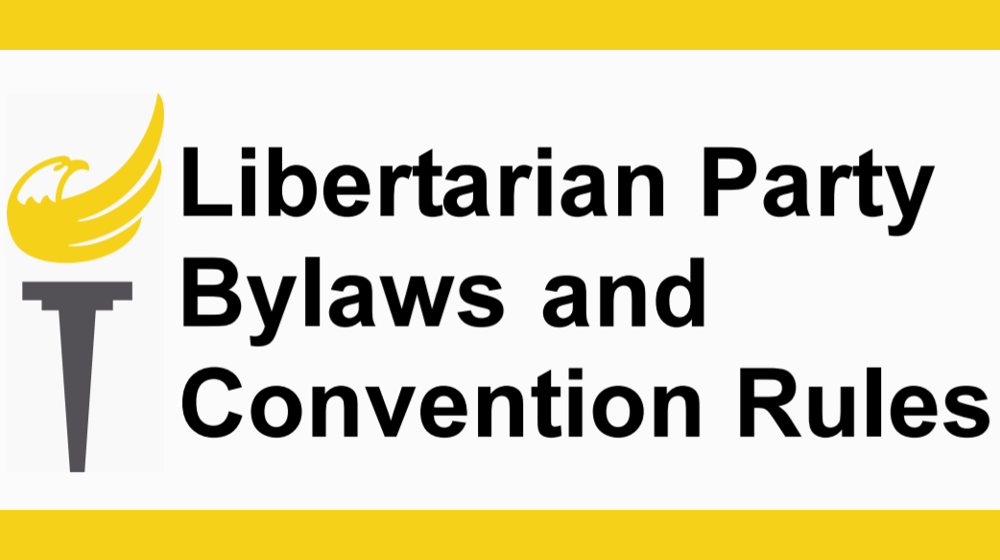 After each Libertarian National Convention, a Bylaws and Rules Committee is established to consider and recommend proposed amendments to the party’s governing documents. The Bylaws Committee consists of 10 members, no more than five of whom must be non-members of the current Libertarian National Committee; this year’s members are M Carling, Andy Craig, David Pratt Demarest, Caryn Ann Harlos, Joseph Bishop-Henchman (acting chair), Joshua Katz, Alicia Mattson, Chuck Moulton, Kimberly Ruff, and Aaron Starr.

The Bylaws Committee has reported out 29 proposals, 13 of which are unanimous recommendations. With the convention opening under two months away, the committee is providing a compilation of all its recommendations. The committee will be collecting feedback in a survey in a few days’ time, and the report for the convention will include summaries of proposals as well as arguments for and (if made) arguments against.

The committee appreciates all the feedback and suggestions we received from party members. The Bylaws and Rules Committee reports not to the LNC but directly to members, and we’ve kept that in mind as we’ve deliberated and voted. Your comments and concerns are welcomed, and may be sent to any committee member or, if you’d like it forwarded to all members, to Acting Chair Joe Bishop-Henchman at jdhenchman@gmail.com.