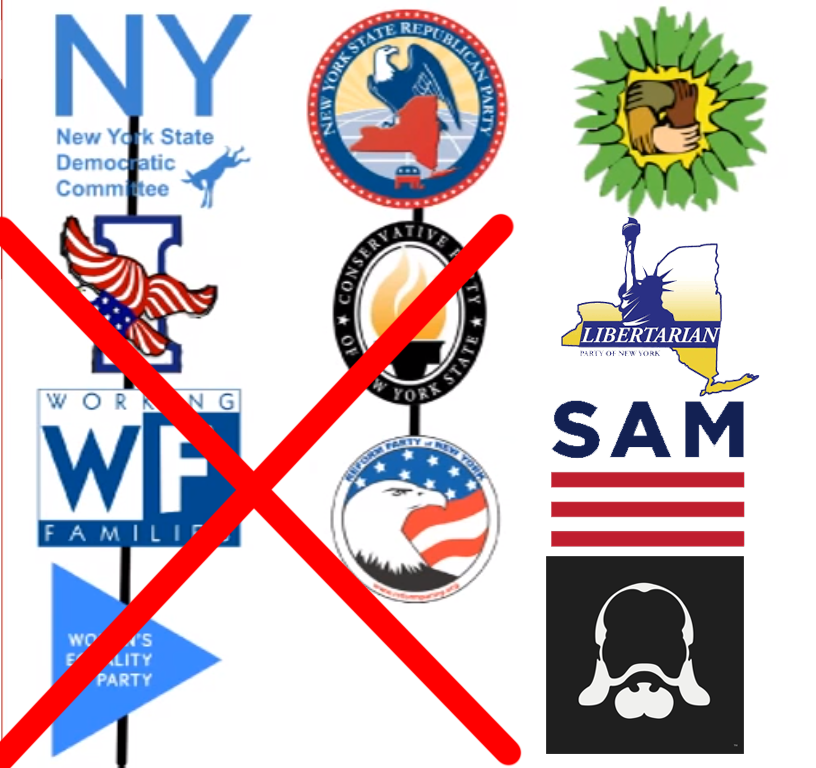 The New York State Legislature, which is primarily controlled by Democrats, will be introducing legislation on Monday to ban its longstanding Electoral Fusion Law. This move has been criticized by Third Party activists for being a punishment of the Working Families Party for backing Cynthia Nixon in the Democratic Primary.

Electoral Fusion, the act of two parties nominating the same candidate on a ballot, has been used in the US since the 19th Century, most prominently by the People’s Party in the Presidential Elections of 1896 and 1900 to endorse the like-minded Democrat William Jennings Bryan. Though it’s use has waned to only 9 states, New York has utilized it to allow smaller parties to gain or keep ballot access by getting 50,000 votes on their individual ballot line which is usually accomplished by endorsing the Democrat (Typical of the Working Families Party), endorsing the Republican (Typical of the Conservative Party), or endorsing the likely winner regardless of views or party (Typical of the Independence Party). Parties have been formed purely to be alternative ballot lines such as the Women’s Equality Party is for the Democratic Party.

While some third parties such as the Green Party, Libertarian Party, and Serve America Movement will continue to run candidates, parties that focus on electoral fusion to accomplish their goals may have some problems going forward if fusion voting gets banned.