Reason.com: We Watched the Libertarian Party Vice Presidential Debate So You Didn’t Have To 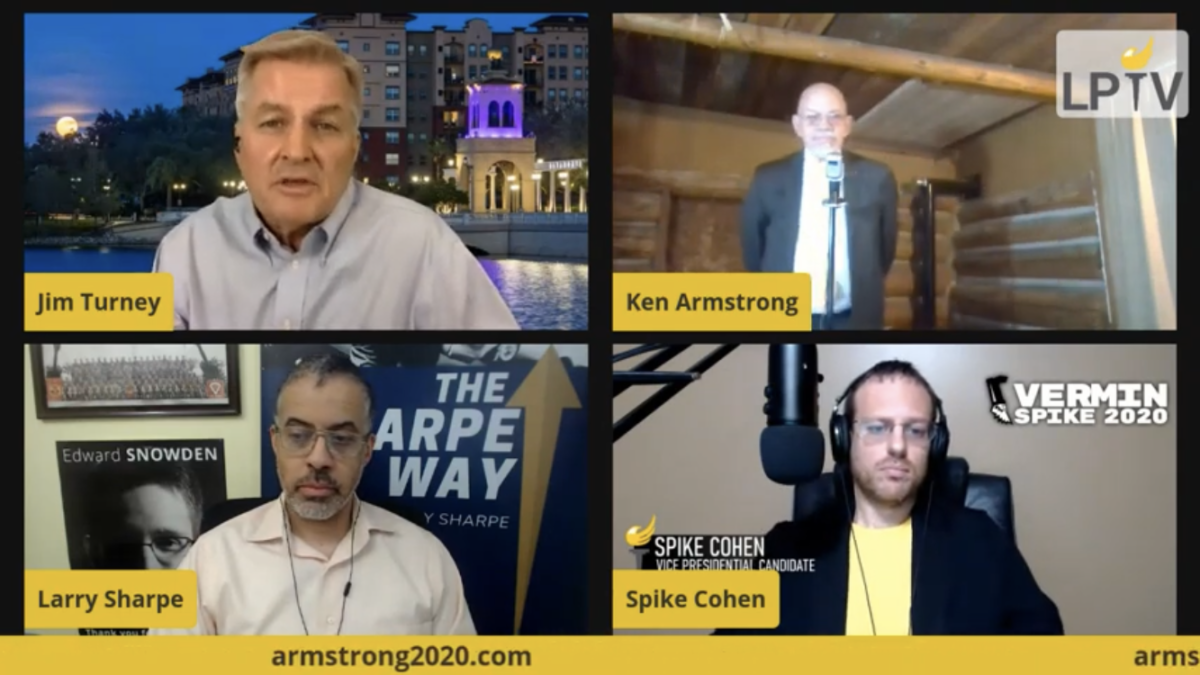 Larry Sharpe was a close runner-up for the V.P. nod in 2016, getting nearly 47 percent on the second ballot against winner William Weld, the former Republican governor of Massachusetts. Though the party’s delegates choose president and vice president via separate votes, Sharpe has been linking himself with Judge James Gray, one of the presidential candidates. Sharpe stressed their ticket’s focus on helping party growth and down-ticket candidates in his opening statements.

Spike Cohen, who emphasized his decades of business experience and currently runs Muddied Waters Media, has linked himself to presidential hopeful Vermin Supreme. He did not, however, stress this during the debate, though, the way Sharpe did with Gray.

Ken Armstong is a former NATO base commander in Italy as well as a former Alaskan pipeline worker.

Subsequent to the debate, after today’s developments on the presidential ballots,

*Adam Kokesh lost the race for the presidential nomination, and is now actively campaigning for VP

*John Monds lost the race for the presidential nomination, and said he would be interested in helping the nominee in whatever way he can, including as a VP nominee

*From that debate, Ken Armstrong and Spike Cohen are also still in contention for VP