The campaign of 2020 Libertarian Party presidential nominee Jo Jorgensen sent out the following newsletter to email subscribers yesterday.  This is the fourth issue.

The Unassailable Truths of Liberty

Why are the truths of liberty unassailable? They are firmly rooted, deep in our souls. They cannot be contested and therefore do not need to be changed. They are also recognized by lovers of liberty, even when they are presented for the first time.

I reflected recently upon the presidential campaign of 1980. I was 16 years old—not yet old enough to vote—yet I clearly remember being captivated by the Ed Clark for President television advertisements. This was my first exposure to the Libertarian Party, and I was profoundly attracted to the truths of liberty that were explained in those messages.

In my senior year of high school, 1981-1982, the ladies from the League of Women Voters (LWV) came to our campus to register students to vote. I was sure to take advantage of the opportunity. Everything was recorded on paper back then, and a lady from the LWV started asking me questions and recording my answers: name, date of birth, address, etc. When she got to the box for ‘party’, her question was “Republican or Democrat?” to which I responded, “Libertarian.” Her response was a blank stare; she simply didn’t know what to do. She proceeded to ask some of the other LWV representatives, and finally one knew the answer. I’ve been resistant to being restricted to two choices ever since that initial experience.

Ed Clark spoke of people, not government, knowing what is best for them. People can solve problems in an “intelligent, benevolent, and voluntary manner.” His goal, and the Libertarian Party’s goal, in 1980 was liberty and curtailing government’s involvement in our lives. That flame was ignited in me then, and it again burns strong in me with the opportunity to elect Jo Jorgensen and Spike Cohen, who embody these principles, these truths which are, after 40 years, still unchanged. There has been one important change, though: we need to act on these truths more than ever.

7.5 million more people voted in the 2016 presidential election than in the 2012 election. That’s nearly a 6% increase!

By supporting Dr. Jo Jorgensen, you aren’t wasting your vote like the old parties would have you believe. Instead, in this political tug-of-war, you are deciding to stop pulling for the status quo and join the massively growing group pulling against it on the other side. Pulling for something better.

The momentum is undeniable. YOU can be a part of the growth that ultimately leads to better candidates, better choices, and better lives. The longer we wait, the worse things get in the meantime. Millions are figuring that out and supporting change in our lifetime. Are you next?

Spike will be on tour in several states over the next month! Check out
www.jo20.com/events to find out if you are near one of his stops! 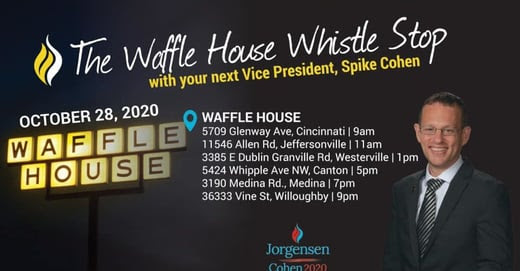 You are invited to join us for our weekly Volunteer Update on Saturdays at 10am PDT, 1pm EDT! Learn about what’s new and opportunities to help the campaign. We hope to see you there!

Each week we will feature a meme.

Volunteers are testing the efficacy of these memes in the field. Post your favorite to our Facebook Group! Thanks to Robert Imhoff for this submission! 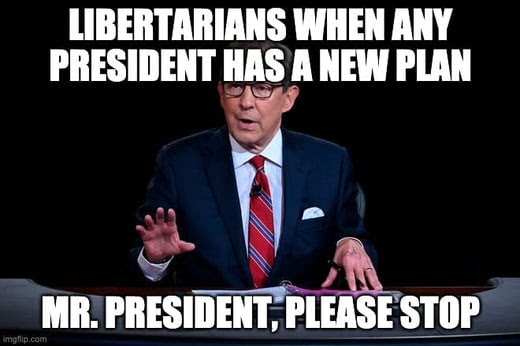 Jo and Spike have a Discord group. They have rooms for all 50 states, as well as Washington DC and the US territories. Many states already have people in these rooms, looking for ways to reach out and volunteer.

If you thought there was no winner in the debate this week – think again. Half way through the first presidential debate, the Jo20.com website crashed due to so much activity! Our Social Media team reported that our website experienced a 702% increase in new user traffic during the debates. Social media traffic was up by 1276%. These numbers have helped highlight that our efforts to show the nation Jo belonged on that stage worked. We also received a record amount of donations during the 2 hours the debate was airing! We are upgrading our website. Now is the time to convince your community to upgrade their candidate! 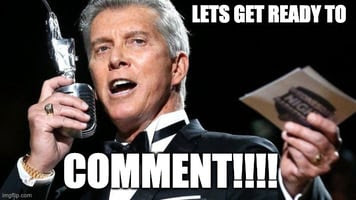 Do you want to help spread Jo’s message to others who are watching the debate? Have we got an assignment for you! Pick a news channel’s Facebook page and comment in their live feed (ABC, CBS, NBC, FOX, CNN, C-Span, etc.). Not sure what to say? Here are some suggested comments:

1) Wait a minute. Where is Jo Jorgensen, Libertarian Candidate for President? www.jo20.com

3) Is anyone going to talk about the issues? You can read about Jo Jorgensen’s answers to these debate questions at www.jo20.com/issues

Do you speak or write in a language other than English? Find a station that broadcasts in that language and comment there. Be courteous and direct people to Jo’s site for more information. We aren’t trying to “win” the argument in the comments but are just sparking enough curiosity to let people know there is another choice on all 50 state ballots + DC.

Catch Up with Jo

It’s been a busy week! Catch up with Jo’s activity by watching her pre-debate interview with Reason magazine editor Elizabeth Nolan Brown and her sit-down discussion with Matt Kibbe and Justin Amash to answer voters questions about how Libertarian solutions can be applied in our government. One of our numbers passed away this past week on September 25, 2020 — Ryan Davin of Orange County, CA. He was 31 years old. Ryan was an optimist and believed strongly that Libertarians will make the world a better place. Ryan’s selfless efforts and volunteer contributions were greatly appreciated.

Ryan will be missed by many. Flowers were sent on behalf of the campaign. If you would like to make a contribution, an account to help pay for the funeral expenses is linked below: https://www.gofundme.com/f/help-ryan-davin-cross-over-the-rainbow-bridge

Here is his obituary: https://www.shannonfamilymortuary.com/obituary/Ryan-Davin/

“Ryan was very active with the OC for Jorgensen’s team. He helped organize the local #LetHerSpeak protest, was helping with our social media efforts, and was helping us contact potential volunteers in Orange County.

“Ryan was a very kind and positive person to work with—and very driven to spread the word about Jo Jorgensen for President. We were concerned when he told us that he wasn’t feeling well and shocked when we heard that he had passed away. Ryan was an extremely passionate advocate for liberty and he will be missed by all of us.”

“Although I did not know Ryan long, what I do remember from the times we met was that his energy was very up lifting. He was a joy to be around and made me feel like I was in the presence of a friend that I had known forever. I’m honored to have met him and have had the chance to fight for liberty alongside him.”

Thank you to our exceptional volunteers!

The campaign appreciates your time and your talents. And before it is too late, thank you for the work you put into the campaign every day. We are on the verge of something historic, and we encourage all of you to make one more 30 day push: for Jo, for Spike, and for Ryan. 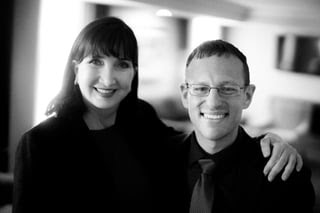 When: Starting on Wednesday October 7
What: A fundraising drive help fund media and voter outreach through Election Day

Who: Any volunteers who want to help! 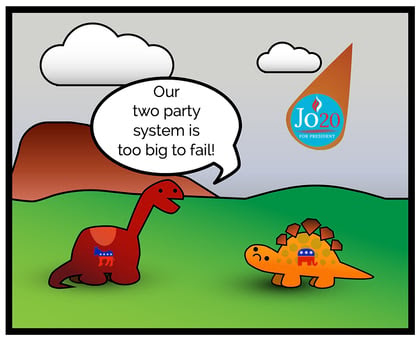 We need volunteers to help be cheerleaders for this activity in each state. (Or one leader can help cover multiple small states.) They’ll work with the volunteers in your state and existing Phone and Text Banking and Social Media teams to help spread the word to our volunteers.

We have daily calls for the state leaders to learn more – please feel free to share these with anyone who wants to join us!

6:30am PDT / 9:30am EDT Giant Money Meteor Planning & Update Call (for those who can / want to attend for updates)

All the major networks live streamed the debates on their social media pages, e.g., Facebook. Are you eloquent? Can you think on your feet? We need several volunteers to follow the major news outlets and direct people to jo20.com during the next debates!

Do you like to watch the news? Do you find yourself looking for Dr. Jo Jorgensen or Spike Cohen in the news? We would love for you to join our Media Monitor team.

Do you have strong leadership and organizational skills? Jackie Perry and the phone bank need your assistance to set up campaigns, assign volunteers, and help collect data.

Did you find the grammar error in this newsletter?