Grants Pass, OR – “As an evangelical Christian, a life-long supporter of family values, and a regular financial supporter of Focus on the Family, I deeply resent Christian organizations, such as Focus on the Family, publishing voters guides that promote the Republican Party!“ said Jack Alan Brown, Jr., Chairman of the CONSTITUTION PARTY OF OREGON.

The CONSTITUTION PARTY OF OREGON (CPO) condemns groups — that portray themselves as pro-life and pro-family, such as Focus on the Family, Oregon Family Council and Oregon Right to Life – who consistently omit valid, on-the-ballot, CONSTITUTION PARTY candidates in their voters guides.

Former CPO state chairman, Bob Ekstrom, said: “Corrupting elections is an old art. Those who use it skillfully gain and retain power at the expense of the public good. I expect to hear gasps and outrage when I say that three iconic groups which Christian voters rely on for election information are frauds. Truth be told, the pro-life voters guides put out by Oregon Family Council, Oregon Right to Life, and Focus On the Family, are designed to elect Republicans more than to tell the whole truth about all the candidates. This would be acceptable if they were out front about it. But, they are not, and that is the definition of fraud.

John McCain and Gordon Smith (and other ORTL-endorsed Republicans, such as Scott Bruun who proudly says “I’ve consistently supported abortion rights if rape and incest are involved,” do not match up well with 100% pro-life Chuck Baldwin, Dave Brownlow, Jaynee Germond, Rick Hake, Jim Leuenberger, Doug Patterson, or Scott Semrau on the issues that these “pro-life” groups pretend to advocate. These groups handle the inconvenience by not mentioning Baldwin, Brownlow and our other candidates at all! How creative. Obviously, someone is afraid that if people knew all their options on the ballot, they might stray off of the Republican plantation.

Evidently, today’s Christian voters are not to be trusted with all the information necessary to make a wise vote. There were Pharisees in Jesus’ day that treated the people similarly. It was corruption then, and it is corruption today. These voter mis-guides should be deposited in each church’s trash bin.”

Suzanne Brownlow, CPO Communications Director, said, “Is it so much to ask for these pro-life organizations to put aside their political loyalty for the sake of saving unborn babies? Can they not do what they promise their donors: promote life and family? What would be the harm in listing the 100% pro-life Constitution Party candidate? The answer: less votes for the Republican candidate.” 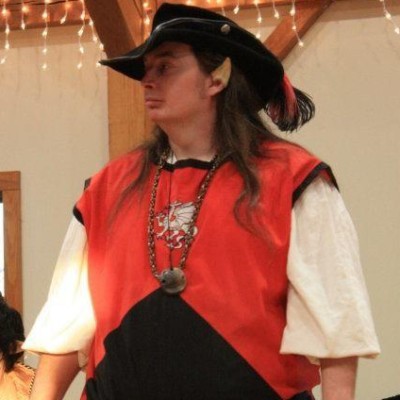 Was a fierce Independent because of statements made in George Washington's farewell address about how the party system would damage the nation. (He was right). Became interested in the Libertarian party because of Ron Paul. I helped get Mike Gravel into the LP, and joined the party with him. And contrary to what people have said, we are not going anywhere. We are in the Libertarian party from now on. Get used to it.
http://revolutionbroadcasting.com/