By Arkady Kamenetsky at RightCondition:

There has been a wave of videos modeled after the now notorious America Rising theme and their popularity is growing.  It must be the music in combination with rapid image rotation, because you could literally make any video popular. If you use this formula and stick pictures of zebras, unicorns and Teletubbies while threatening a revolution – people will cheer and run to the nearest gun store.

This video however is just embarrassing and indicative that a mental plague has afflicted Massachusetts.  Most of us were mortified one year ago at the rumbling Obama train.  We were scared to see so many people move lockstep like sheep and support a man for reasons they could not explain.  We kept hearing the muffled chant of “yes we can” and “change and hope”, but could not extract any information out of the unfortunate zombies awestruck by the Deity known as Obama.

We have on our hands a similar phenomena, but it is happening to the ideologically opposing demographic.  It is now the “conservatives” assuming troop formation and steadily marching to the beat of Scott Brown.  In this video we see parallels between the American revolution and a Brown victory.  Really?  Equating a minority movement fighting for people’s rights, individualism, liberty and freedom to one of the authors of RomneyCare?   Someone pinch me, I am in a never ending nightmare where my fellow Americans move from one Kool-aid station to the next.   Yet apparently a great victory is coming tomorrow, a victory so great that it’s greatness will only be eclipsed by the victory itself.  Have you actually asked yourself:  What does a Scott Brown victory do for you? This is not a Massachusetts miracle this is mass insanity.

From Arkady’s pre-election predictions at RightCondition:

When people ignore the issues and support a candidate because of an attractive personal element or as symbolic opposition this translates into votes. Obama sailed in on his oratory, intelligence, charm, skin color and as a symbol of opposition to Bush. Brown will sail in on his charm, oratory, intelligence and as a symbol of opposition to Obama(Care). Brown represents the 41st vote to filibuster ObamaCare something he repeatedly promised to do. Of course the irony is that ObamaCare will move to it’s destined location regardless of Brown! It may very well die without a vote at all or they may push it through as is (assuming Pelosi concedes), but either way Brown’s role will not be significant. All these factors coalescing together have formed an incredible surge in momentum and are now on the cusp of handing the Democrats a most bitter upset. By tomorrow evening the torch of the Kennedy dynasty that has kept the liberal fire going for over 60 years will finally go dark.

Majority of Americans will be celebrating a great victory tomorrow and many will believe that a new era is upon us. Of course many believed the same just over a year ago when Obama assumed the White House. I wrote to you then that no good change would come and so far this has been the case and I write to you now that Brown’s election is meaningless. Brown represents the same old tired big spending, smooth talking liberal Republicans that have dominated Washington DC for decades and if you expect an old dog to learn new tricks, then you are gullible and misguided.

Not too bad on the prediction, eh folks?  I am a bit bummed out that my candidate of choice failed to get my predicted 3%, but Joe Kennedy ran to the best of his abilities and passionately argued for small government.  I applaud him for that and hopefully the 22,000 people who cast their votes will have their voices heard at some point in the future.  So now what?

Let’s go over the good.  First of all, as discussed previously some liberals are probably on the verge of a mental breakdown.  Always good.  It looks like their prediction for the collapse of the GOP has proven to be a bit premature, as this piece from Time aptly suggests:  Republicans in Distress: Is the Party Over?

So are the Republicans going extinct? And can the death march be stopped? The Washington critiques of the Republican Party as powerless, leaderless and rudderless — the new Donner party — are not very illuminating.

Nothing would make Time happier than one party rule.   Alas, the GOP with the help of Rasmussen has shocked the nation and more importantly shocked the liberal base of Massachusetts bringing us to the next point.  Kennedy dynasty.  Demolished.  While many people have strong sentimental attachment to the Kennedy family, sentimental attachment to any political figure is creepy and belongs in Fascist Italy or Soviet Russia.  It is time this monarchical dynasty end it’s control over this Senate seat and give someone else a try.  Thirdly, Obama just received another slap in the face.  I guess the New Jersey/Virginia incidents did not leave a mark, but as they say, third time is the charm.  Perhaps next time Obama decides to stump for someone, they will think twice.

Lastly, the Democrats will have to play real dirty now and if you thought the Nelson bribe was bad, wait until you see what is coming next.  With their hand forced Reid/Pelosi will stop at nothing to accomplish their agenda.  Reid is politically dead anyway, so he has nothing to lose and Pelosi will simply not squander 6 months of hard work because of this unfortunate incident.  It will be exciting to see just how creative they will get and I fear that reconciliation may be back on the table – especially if Democrats have come to terms with their political fate coming this November!

On to the bad.  Fundamentally speaking, despite some rather creative analogies to Concord and Lexington, nothing was accomplished.  Yes, one seat flipped from blue to red for the next two years, but in reality nothing changed.  Brown is still a liberal Republican and just because he talks a good game or calls himself fiscally conservative does not make him so.  No, the author of RomneyCare and opposer of all tax cuts is a big spending Republican and that is a fact.  So while his presence takes away the Democrat majority, it only does so as long as the Democrats continue to push a radical agenda.  This is crucial to understand.  If Reid or Pelosi decide to play ball and are wiling to compromise then Brown and his ilk will concede immediately.   It won’t happen right away, but it will happen eventually and that is a guarantee.  Politicians like Brown have a very nice record, a record most people chose to ignore and it suggests that he views Government as a useful tool in domestic and fiscal capacities – you have been warned.

Ultimately the difference between the two parties narrows and despite the preposterous claims of “revolution” and “we are the champions” there is only victor today; Government.  It’s growth did not suffer a blow today and it’s agenda will continue; it will bob and weave and even pretend to be your friend, but it’s growth is as certain as the rising sun and effects as powerful as the sun’s heat.  Many continue bouncing between the Left and the Right desperately seeking change, failing to realize the distance between the Left and the Right is rapidly shrinking and will eventually reduce the once dramatic bounce to a stationary spin.  This is our legacy and we are doomed to repeat it.

America is asleep and a great awakening is required to dramatically alter our course.  Tea parties, marches and protests are a good start, but I am afraid more is needed.  Despite the mounting economic hardship, rising unemployment and declining purchasing power of our currency, America sleeps.   If bouncing between the comforts of our two political parties is sufficient to dull the senses, then we have much to learn.  Only further economic hardship, more unemployment and further damaging inflation can awaken the sleeping giant and we are rapidly running out of time.

If time runs out, we will be at a crossroads in the future and the direction of this country will heavily depend on the collective desire of the American people.  We will either fight for our Constitution, our traditions and our laws or we will plunge into chaos.  My only hope is that we are not faced with such a dilemma, because if history is any indication the outcome of all such previous situations results in totalitarian control.  Make November, 2010 the month of real change. 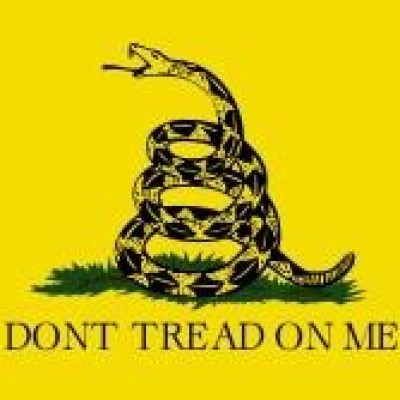