Despotism works alongside the cruelty of neoliberalism.

The Socialist WebZine is publishing this excellent essay from 2009 on the history of the labor movement in Egypt for our readers.

ATC 142, September-October 2009 – THE EGYPTIAN WORKING class is one of the oldest in the region, with a long history of internationalist solidarity. Egyptian loading and longshoremen workers in 1947, for example, boycotted the Dutch ship in Canal Suez in solidarity with the Indonesian people’s independence struggle. The union of the workers issued a statement against colonialism in general. They did not allow the ship to service or go through the Canal despite the resistance and efforts made by English and French administrators. 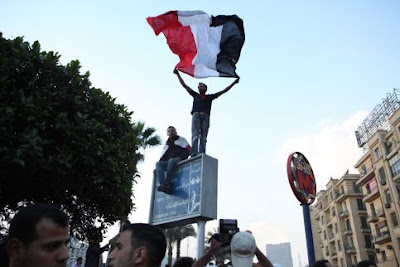 The early 20th century began with a wave of strikes, partly in reaction to discriminatory policies adopted by British colonial administrators who favored European over Egyptian workers. In 1900 the first trade union was established, “the league of cigarettes makers.” By 1919 Egyptian workers played a significant role in the anti-colonialist protests, and two years later 90 trade unions established the National Federation of Egyptian Workers.

Because of the impact of trade union activism in spreading anti-colonialism protests as well as socialist ideology, the government dissolved the federation in 1924. Yet over the next two decades workers continued protesting against both their working conditions and colonialism; by the end of the 1940s there were almost 500 unions. In 1946 Egyptian workers and students established what was known as the higher committee for students and workers against British occupation. One important critique is that during the 1940s and ’50s the left adopted the strategy of the nationalist-bourgeoisie first.(1)

One of the most controversial historical periods in the history of the left and the working class was the period of Gamal Abdel Nasser (1954-1970). Nasser’s regime claimed to be a regime of social justice. Known in the Arab-speaking Middle East and sub-Saharan Africa as a leader for the non-allied movement in the context of the cold war, Nasser was also seen as a supporter to third world liberation (anti-colonialist) movement. But for the Egyptian working class Nasser has more complicated and contradictory image.

On the one hand, Nasser was the leader who nationalized Egyptian economy, transforming it into a state socialist economy. Theoretically speaking the working Egyptian class “owned” the means of production. While granting trade unions many rights, Nasser made sure these unions were designed in a hierarchical structure that put them under the control of ruling-party officials. One of the significant events during Nasser’s era that may reflect a substantial attitude of the new regime toward workers with the death penalty of two workers, Mustafa Khamees and Abdel Rahman al-Baqary. The regime did not tolerate a labor strike by Kafr al-Dawar workers, just in twenty days after Nasser’s coup de etat.(2) Khamees and al-Baqary were tried by an exceptional court and were executed because of their leadership of the strike.

The second reason that makes Nasser’s period contentiously debated is the 1956 decision of the Egyptian Communist Party’s leaders to dissolve, based on their argument that socialism was in the making under Nasser. Many leftists consider this decision a severe mistake. The leaders invited all the party to contribute to Nasser’s socialism. Some party members rejected the decision and re-established it in 1975.

In the beginning of the 1980s workers expected Mubarak (who took office following the assassination of Anwar Sadat by Islamist-influenced military dissidents – ed.) to be a more tolerant president, towards oppositions including labor activism. One reason for this belief is the fact that Mubarak started his reign by releasing political leaders and oppositions who had been arbitrarily detained in the last days of Sadat’s era.

But throughout the 1980s and the 1990s Mubarak’s police apparatus attacked workers’ strikes. In some cases, the police killed workers such as the case of the steel mill workers’ strike in 1989. Strike leaders were arrested and brutally tortured over several weeks. Other examples include attacking the textile and spinning workers in
Kafr al-Dawar in 1994 and, more recently, Mahala al-Kobra in 2008.

Despite police brutality workers never completely stopped striking, but the frequency declined. Workers did not see how to stop privatization and the structural adjustment, and this sapped their militancy. But as the rate of exploitation went higher, and workers realized that they were expected to work more and take lower wages, their anger increased.

Significantly in the 1990s, the propaganda machine accompanied International Monetary Fund polices. For example, the state succeeded in convincing more than half a million workers to leave their work in an early retirement program. Many workers regretted their decision. They ended up without a job, or with a worse job. Many were forced to spend the compensation.

As new industrial cities were constructed, the government gave huge tax cuts to investors. But the workers were expected to work sometimes for 12 hours or even more, and were not protected by unions at all. Two words can sum up the 1990s from the workers’ viewpoint: defeatism and anger.

The Egyptian Trade Union Federation (ETUF) re-emerged during Nasser’s era, but it became a hierarchical arm of the state, a way to control unions and its members. The ETUF structure is a pyramid shaped, with the union’s units at the bottom and the ETUF on the top. In between are the 21 national general unions to which workers belong. Workers only elect officers in their unit and can only belong to one general union. Therefore within the ETUF there is no accountability or real representation.

Since Nasser, the union’s president has been a member of the ruling party.
Many labor activists have told me that both the general unions and the ETUF work against workers in most if not in all cases. Many function as spies against the workers. Despite of the fact that Mubarak’s regime claims that the country has a multi-party system (on paper), trade union structures have never changed. In fact, due to legal amendments that increased the trade union’s bureaucratic forms, the term of office has been increased to six years. According to the official ETUF website(3) there are 2,200 union units organizing seven million workers. That is, only 25 % of all Egyptian workers are unionized.

Despite the repressive and bureaucratic features of Egyptian trade unions, there were many important strikes that worked against the repressive state and the workers’ acceptance of defeat. One of the most remarkable workers’ event was a national uprising initiated by Egyptian workers in January 1977 under the Sadat regime, at the beginning of the early negotiations with the International Monetary Fund. Known as the bread uprising, this was a national protest against the government’s intention to raise the prices of basic goods.

The uprising began with textile workers demonstrating in the Supurp section of Cairo (in the Helwan district) as well as by the navy in the Alexandria arsenal. Despite the government’s defeat, following the strike the police led a massive wave of arrests of labor activists and leaders of different socialist groups. The uprising and labor strikes at this time also exposed the reactionary nature of the ETUF, which worked against the workers in the uprising.

Many analysts suggest that the 1977 became the Egyptian regime’s nightmare, where workers and opposition groups, mainly leftists were capable of occupying streets of Cairo and other major cities and gain the sympathy of the rest of Egyptians. The reason for this was the fact that the demands of the demonstrators were the decent minimum demands of most of Egyptians. The uprising was described by many analysts and activists as Egypt’s lost revolution.(4)

Recent facts published by the Egyptian independent paper al-dostor shows that in 2006 that the annual budget for internal security was $1.5 billion, more than the entire national budget for health care. This number has increased after the protest waves in 2005 and 2006. Further, the security police forces comprise 1.4 million officers, nearly four times the size of the Egyptian army. Several activists and analysts agree with the paper that Egypt has become a police state, par excellence, an affirmation that is very common these days among public intellectuals and activists of human rights.

In his recent book al-a’yam al-akheriya, or the last days, the Nasserite writer Abdel Halim Qandeel suggests that if we added the number of police sergeants and formally hired spies (moukhbreen), the total number of police persons in Egypt would be 1.7 million. He suggests that there is a police person to every 37 Egyptians (this ratio is double the number during the pre-Islamic revolution Iranian dictator Reza Bahlavi, Qandeel suggests).(5)

According to a report published by Reuters on July 13, 2009 , 77 million of the 80 million Egyptians live on less than $ 1 a day. Around 30 % of the workforce is unemployed, 7 % of children miss schools because of poverty. There are no fewer than 100 thousand homeless/ street kids. While Egypt’s official foreign debt is around 12 billion dollars, several of Mubarak’s corrupt ruling elites have stolen almost half this figure from Egyptian banks without guarantees and left the country with this money.

Some liberal thinkers in Egypt and beyond often reduce the problems of Egypt today to issues of corruption or lack of democracy. This description lacks accuracy. The writer agrees with many activists in Egypt that Egypt is led by a coalition of corrupt bourgeoisie, a corrupt ruling technocrats and a dictator.

Despotism works alongside the cruelty of neoliberalism. While the recent workers’ strikes were responding to the brutality of neoliberalism, the pro-democracy activism was responding to Mubarak’s despotism. However, both kinds of protests (workers against neo-liberal policies and opposition groups against dictatorship) are expected to converge in the near future, if Mubarak stays in power.

Notes
1. For this reason, there has been an ongoing debate among Egyptian leftists about the presumable mistake of prioritizing the national question over social justice issues. Many Egyptian communists, especially those of the Egyptian Communist Party, made a mistake of diverting the workers’ struggle towards the national question. Despite the validity of this critique, it seems to me that such a critique is exaggerated as it assumes leftist groups had substantial influence within the working class. back to text
2. See http://www.etufegypt.com/Etfu_M/E_History_02.htm. back to text
3. For more details about the history of the Egyptian working-class struggle see the booklet of Said and Bassiouni’s Banners of Strikes in the Egyptian Sky, published by the Socialist Studies Center in 2007. The booklet can be accessed through http://www.isj.org.uk/index.php4?id=429&issue=118. back to text
4. See a very thorough study about the uprising written by the leftist journalist and blogger Hossam Al-Hamalawy in this link: http://www.scribd.com/doc/12893045/1977-Bread-Uprising.
5. Bahlavi, like Mubarak, was backed by the U.S. government. back to text
ATC 142, September-October 2009