Published  on June 21st on the Independent American & Constitutional Review by Joshua Fauver. 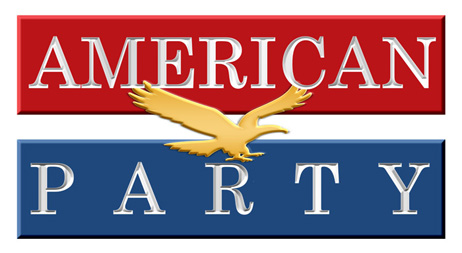 The following was published in The Post and Courier on the 21st of June, 2013. It was wrote by Dr. Oscar Lovelace and Dr. Jim Rex of the American Party.

Americans’ confidence in Congress has reached a historic low, with just 10 percent of respondents in a new Gallup poll claiming a favorable opinion of the federal legislature. Congress now ranks as the most unpopular societal institution in the U.S.

Confidence in Congress has been on the decline ever since Gallup started measuring it in 1973 — a year when 42 percent of Americans claimed a favorable opinion. The latest Gallup poll abysmal rating is down 3 points from last year.

“Partisan bickering, gridlock, an inability to get things done — that’s what Americans are complaining about,” said Frank Newport, Gallup’s editor-in-chief adding, “This is the lowest level of confidence Gallup has found, not only for Congress, but for any institution on record.” It is time for a change.

While we campaigned in different parties in 2006, we realized we were in agreement on many issues and now have decided to act on the conviction we share — the need for a viable third political party. We have begun work on the formation of a new political party in South Carolina, the American Party, in order to transform our current dysfunctional political system. It will not be based on a single issue or any political extreme, but instead will focus on the delivery of legislation for the greater good.

Once again the two dominant political parties in our state have demonstrated that their top priority is to maintain the status quo they have collaboratively created. Even though the vast majority of South Carolina voters have said they want substantive ethics reform that would finally create real transparency and accountability for our elected officials, the General Assembly has managed to manipulate, posture, demagogue and delay until the clock has again run out.

Even a casual observer of the process can ascertain that neither party’s office holders want serious oversight of their behavior once in office. Why should they? The system, while broken in many essential ways, works perfectly well in allowing them to accomplish little, withhold much, and continue to be re-elected.

The right and left political parties give voters few viable options and are moving farther away from the common good. Many feel they must choose from the “lesser of two evils” as they consider the choices available from a list of career politicians who have run the “primary gauntlet” of their respective parties by pledging allegiance to the special interests and the polarizing doctrine their bases demand for both election and re-election.

Neither the Republican nor the Democratic party seems able or willing to change the inadequate status quo they have collaboratively created. Only a new party that requires term limits, transparent financial campaign limits, and a non-partisan problem-solving agenda that focuses on economic growth, fiscal responsibility, and increased global competitiveness will allow the 21st century to become yet another “American Century.” We have become a great nation in large part because of our exceptional ability to be creative and to adapt to changing conditions. It is now time to address our growing political dysfunction by establishing a new party — a modern, moderate party.

Generations of Americans have sacrificed for the democracy we enjoy, and we are asking voters across South Carolina to participate now in renewing our democracy. We are not a single-issue movement, nor a spoiler party designed to take away from either end of our broken two-party system. If you feel that having another choice on election day would be beneficial, help us build the American Party and renew our democracy for which so many have, and continue, to sacrifice.

To learn more and get involved log on to Americanpartysc.com, follow The American Party on Facebook, call (888) 386-8083, or write at P.O. Box 660, Prosperity, S.C. 29127. Please join us for the sake of our state, our nation, and our future.
Oscar Lovelace, M.D., who sought the Republican nomination for governor in 2006, served as the chairman of Gov. Mark Sanford’s Healthcare Taskforce in 2003 and was selected 2011 S.C. Family Physician of the Year. Jim Rex, Ph.D., was elected S.C. Superintendent of Education in 2006, then sought the Democratic nomination for governor in 2010.

One thought on “American Party: Give Voters A Third Option”