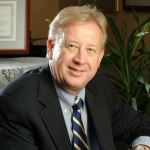 Was the government shutdown a charade that accomplished nothing for America? Why would a candidate run if he couldn’t win? Why should anyone run? Where is the country headed? These are questions we will answer with Michael Peroutka, former presidential candidate.

Michael Anthony Peroutka (born 1952) is a Maryland lawyer, the founder of the Institute on the Constitution. He once held a position in the United States Department of Health and Human Services and was the Constitution Party candidate for president in 2004. He is co-host of The American View radio program. You can read more here www.theamericanview.com.

More about Cynthia Davis, a Missouri legilator who switched to the Constitution Party here.