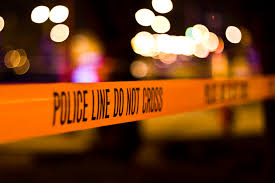 As reported by the Daily Minnesotan, Cam Gordon, the Green City Councilor representing District 2 in Minneapolis, has introduced a bill to repeal “lurking” and “spitting” as arrestable crimes.  Gordon is also working to obtain data from the city’s police force on the racial dynamics of policing in Minneapolis.

The Ward 2 Councilman wants to stop arrests for lower-level offenses like lurking or spitting.

At a City Council meeting Friday, Ward 2 Councilman Cam Gordon announced that he plans to repeal ordinances that made lurking and spitting on sidewalks illegal. Changes would go into effect after next month’s full council meeting if the measure is approved.

Gordon said the need to counter racial profiling in the city is immense, and higher numbers of arrests in certain minority groups can contribute to economic inequality.

“Once you get something on your arrest record, you can end up having a much harder time getting housing and finding work,” he said.