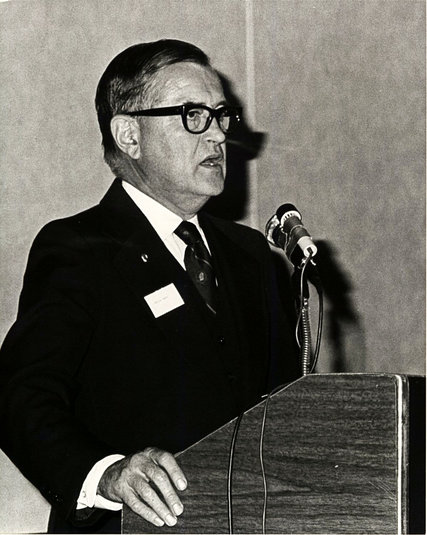 On October 26, Willis Carto, founder of the Populist Party, died in Virginia. He was 89. The Populist Party existed 1984-1994. It ran Bob Richards for President in 1984 (former Olympic champion); David Duke in 1988; and Bo Gritz in 1992. The New York Times has a lengthy obituary for him. Thanks to Jack Ross for the link.

From the article cited, written by Douglas Martin:

On June 10, 1960, Mr. Carto had a profound experience. He went to the San Francisco jail to interview Francis Parker Yockey, who was being held for passport fraud, for Right. Mr. Yockey was an embittered American lawyer who quit his job as a prosecutor in the Nuremberg trials because of dissatisfaction with the Allied prosecution.

More significant, he was an avid disciple of Hitler who had, under the pseudonym Ulick Varange, written a 600-page philosophical tome titled “Imperium” that savaged Jews. He had been roaming the world promoting his racist philosophy.

Mr. Carto dedicated himself to preserving and propagating his hero’s thoughts. He published a new edition of “Imperium” and wrote a 35-page introduction in which he said Europeans living under monarchies were freer than present-day Americans, and derided the notion of racial equality.

In those early days, he joined the far-right John Birch Society, but left because the society’s founder, Robert Welch, deemed his anti-Semitism a pointless diversion. Contributors to Right included the American Nazi leader George Lincoln Rockwell, who declared: “And dangerous we ARE. To Jew traitors we are deadly and we openly inform them we will stuff them into gas chambers in 1972 when we are elected to power.”

In 1958, Mr. Carto formed Liberty Lobby as a “pressure group for patriotism.” His influence grew, as he added and subtracted organizations, publications and initiatives. In 1966, he acquired control of The American Mercury, a magazine H. L. Mencken helped found, and made it a mouthpiece for his ideas. He produced hundreds of thousands of pamphlets for George Wallace’s presidential campaign in 1968.

Mr. Carto’s offices were firebombed and burned to the ground in 1984. Only his own office — with its four bronze busts of Hitler — escaped the destruction.

Amid allegations of financial fraud, he was forced out of the Institute of Historical Review in the mid-1990s, but soon started another publication to deny the Holocaust, The Barnes Review. A bankruptcy in 2001 did not slow him down. He lost The Spotlight, but replaced it with The American Free Press.

He kept up with current events, blaming the terrorist attacks of Sept. 11, 2001, on Israel.