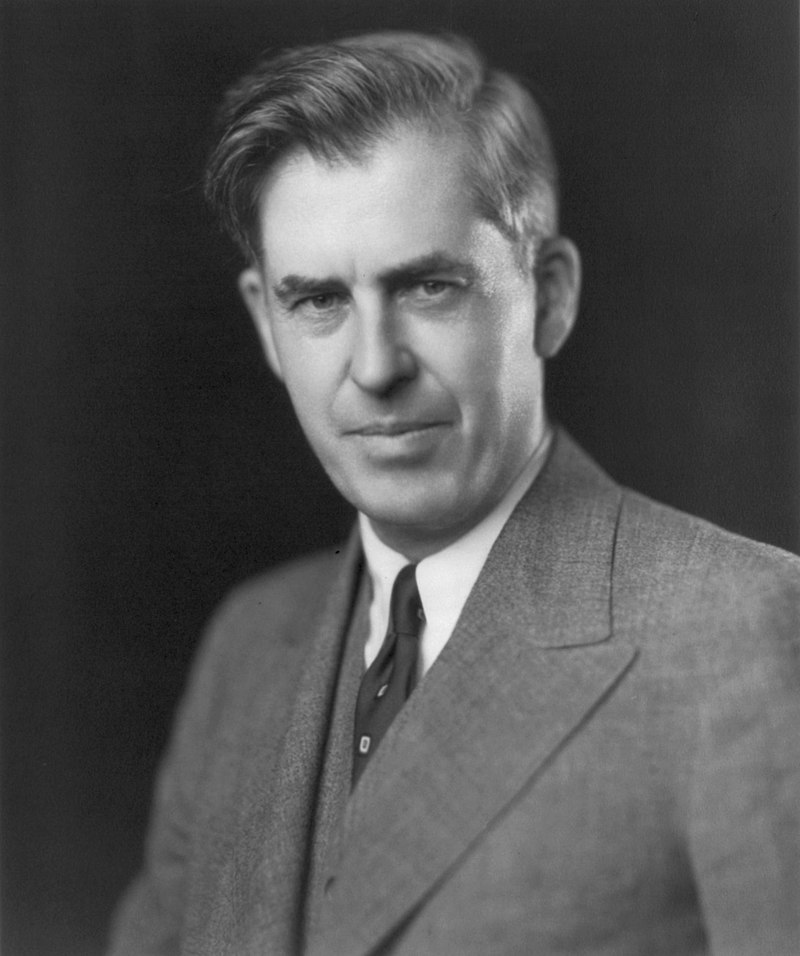 On this day 133 years ago, Henry Agard Wallace was born. Wallace would gain a very longstanding legacy in US Political History thanks to the ruling political establishments demonization of his politics.

Wallace began his career as the Secretary of Agriculture under President Franklin Roosevelt, where he played a vital part in passing the Agricultural Adjustment Act, being an outspoken voice to Roosevelts Left. His actions as secretary earned Roosevelts favor to the point where he was chosen to replace John Nance Garner as his Vice President. A decision that angered the conservative Democratic establishment, who became fearful that Wallace would become the president if FDR died: so they pressured Roosevelt to give the 1944 Democratic convention the ability to choose his running mate, to which they coalesced around the more conservative Harry Truman. Wallace would then have a brief stint as a newspaper editor and helped found a progressive political group called the Progressive Citizens of America to continue the New Deal before the electoral bug would bite him four years later.

Wallace did not view Truman as the natural successor to FDR, and at the behest of many PCA members (one of which was FDR’s son Elliott), he translated the PCA into an independent political group known as the Progressive Party. He ran on a platform of expanding the New Deal, desegregation, a National Health Care Plan, and a peace based foreign policy with the USSR. That platform attracted the attention of a lot of people, including groups that wanted to help him like the American Labor Party and most prominently the American Communist Party.

While Wallace himself was not a communist, he did not turn away their support, stating “I’m not following their line. If they want to follow my line, I say God bless ’em”. As the Cold War was just starting to begin, many prominent individuals accused Wallace of being either a spy for the Soviet Union or an unwilling pawn of them, even getting to the point where Wallace supporters names were printed in newspapers in an effort to get them fired from their jobs.

While his efforts outside the administration did not end up having much impact, Wallace did push the dialogue and some of his allies (namely Vito Marcantonio) did have longstanding political careers. His story is a fascinating one.