“My strongest impression of the senior senator from Alaska was her steadfast communion with Sens. John Sununu (R-NH), Chuck Hagel (R-NE), and Larry Craig (R-ID) against the extension of the USA PATRIOT Act despite strong pressure from President Bush, Karl Rove and party chairman Ken Mehlman. The GOP’s libertarians, as the press referred to them at the time, stood firm demanding greater privacy and civil liberties protections as well as greater government oversight requirements.”

Jansen goes on to articulate a pragmatist vision for Libertarian Party strategy and advocate letting Murkowski run on the LP ballot line.

“The Libertarian Party of Alaska has the opportunity to meet with a sitting senator and potentially put one of their own in the upper chamber of Congress.  …  Will the LP take the dead end path or take a step to grow the party and convert more members?”

You can read the rest of the op-ed here.

Most libertarian bloggers and commenters have been arguing against nominating Murkowski.  (For example, Libertarian Party Executive Director Wes Benedict told The Daily Caller: “[M]y understanding is that she voted for the TARP bailout and that is just insanely un-Libertarian.”)  Jansen is one of the first libertarian pundits to jump to Murkowski’s defense and take a deeper look at her record for signs of a libertarian streak.

For Senator Lisa Murkowski to get the Libertarian Party nomination for U.S. Senate, she would need to jump through two hoops before the September 15th substitution deadline:

According to Politico, David Haase met with Murkowski earlier this week.  Haase’s key issues are the federal reserve and national debt.  He pitched his proposal The People’s Bailout to Murkowski in the meeting.  Early indications are he is likely to step aside.

Alaska LP board members include:

Chair Scott Kohlhaas has been repeatedly quoted saying he doesn’t think it will happen.  Vice-chair Harley Brown dramatically declared in late August “More than likely — 99 percent — there’s no way Murkowski is going to be our nominee. I don’t see that happening, honestly.”  Two board members are also big Joe Miller supporters. Kohlhaas, Brown and Clift are Libertarian state representative candidates. The Anchorage Daily News recently reported Haase might be willing to lobby the board on Murkowski’s behalf.

Stakes are large.  A poll commissioned by Murkowski supporter Andrew Halcro suggests she would win the general election in a three way race.  Having a big-L Libertarian in the U.S. Senate could be a game changer for the Libertarian Party.  Additionally, as a sitting U.S. Senator Murkowski is in a position to immediately introduce libertarian legislation addressing ballot access, monetary policy, gun rights, marijuana, or other policy reforms.  Finally, Eric Erikson of RedState gossiped in late August that Murkowski may be willing to hand the Alaska Libertarian Party a sizable chunk of her +$1 million warchest.

If Murkowski fails to secure the LP ballot line, there is speculation that she will run as a write-in candidate.  No one has been elected to the U.S. Senate by write-in since Strom Thurmond in 1954.  Richard Winger discussed the mechanics of a Murkowski write-in campaign at Ballot Access News.

The most comprehensive behind the scene coverage of the Alaska LP’s flirtations with Murkowski come from Robert Stacy McCain at The Other McCain and Eric Dondero at Libertarian Republican.  Of course Independent Political Report has also been covering this situation. 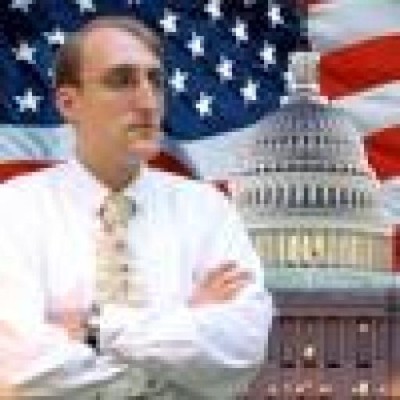 This fall I'll be starting a Ph.D. in Economics at George Mason University. My other degrees are a J.D. from Villanova Law School and a M.A. in Economics from San Jose State University. I am licensed to practice law in Pennsylvania, New Jersey, and California. In my spare time I am involved with the Libertarian Party. I served as Vice-Chair of the Libertarian National Committee during the 2006-2008 term. In 2004 I ran for U.S. Congress in Pennsylvania district 13. I also spend a lot of time playing bughouse and chess on the Free Internet Chess Server where my handle is knighttour.
http://www.chuckmoulton.org/