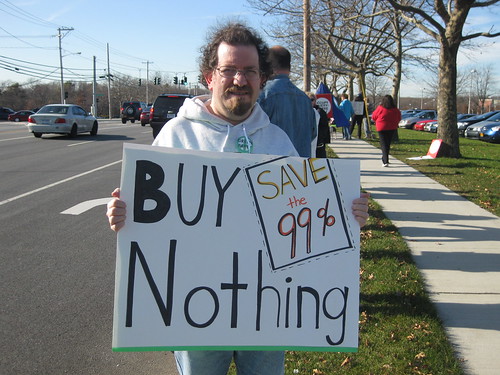 “[This] is a gathering of the 99 percent,” said Green Bill McNulty. “It’s the 99 percent that has been unable—because of job loss, foreclosures and the collapse of the financial markets and all the rest of it—to satisfy its material needs.”

“The beauty of this movement is that it’s uniting people across all sorts of life: those who have been foreclosed, students who graduate with huge loans and no jobs and the working people, whose wages have been flat since the 70s,” he continues. “All of these people are here and we’re acting in a way, we hope, which will keep this movement going—because the politicians aren’t listening. They are elected by us, but don’t serve us, so there has to be another pressure, another force exerted, to promote… systemic change that will promote the well-being of the population, the 99 percent.”
_______________________________________________

The event was covered by several, local media outlets, and the activist press. There are photos at FaceBook: here and at Flickr: here. 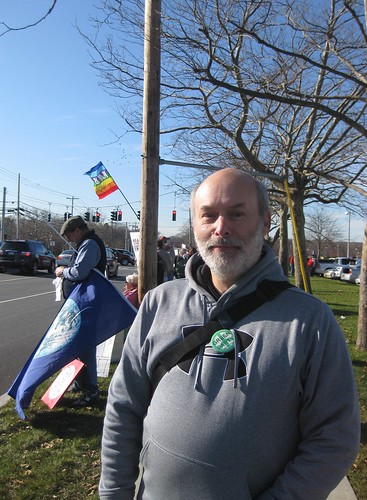