From Darcy Richardson and Tom Knapp at the Roseanne Barr for President campaign: 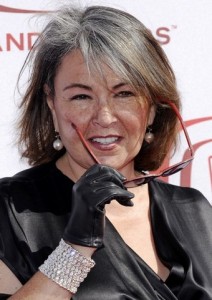 If you’re interested in peace and freedom, you may feel like you’re out of luck — “major party” presidential candidates Barack Obama and Mitt Romney don’t seem to want your vote very much.

The 44-year-old Peace and Freedom Party expanded its ballot access outside of California during Ralph Nader’s candidacy in 2008, and voters in California, Colorado and Florida will see the Barr-Sheehan ticket on their ballots next month.

Additionally, the campaign has launched a national write-in initiative, and expects to qualify to have write-in votes for Barr-Sheehan counted in 29 states.

Barr, 60, rose to fame as a standup comedienne and creator of the eponymous “Roseanne,” which garnered her Emmy and Golden Globe awards, as well as The Peabody for Excellence in Television, while pushing the social envelope in a progressive direction on issues ranging from the feminism of working class women to disintegration of the middle class to equality for Gay and lesbian Americans.

While continuing her acting career, Barr has devoted more and more of her time in recent years to social and political advocacy. She says, “I won’t give up till it’s over, because the issues I raise need to be part of this election cycle dialogue. I won’t give up on The American People and their right to be informed!” Barr has named Cindy Sheehan as her vice-presidential running mate.

Sheehan became an activist and leader in the American peace movement after her son Casey’s death in Iraq in 2004, and has since planned and executed numerous anti-war actions, as well as running for Congress in 2008, coming in second in a seven-way race versus Speaker of The House, Nancy Pelosi (D-California).

While most political observers consider Barr-Sheehan the longest of long shots for the White House, Barr is not dismayed. “I’m running to raise consciousness and to keep alive and nurture the cause of real representative options in this country,” said the former sitcom star. “The practice of impugning and trying to repress alternative party candidates because they might affect the Duopoly’s expected and engineered results is elitist emotional blackmail. We need to speak up while we still can!”

The campaign is running television commercials in California and plans to take the ads national later in October, in concert with personal appearances by Barr on the talk TV and radio circuits.

22 thoughts on “‘Don’t Write Her Off, Write Her In!’ — Roseanne Barr Launches National Write-In Effort”