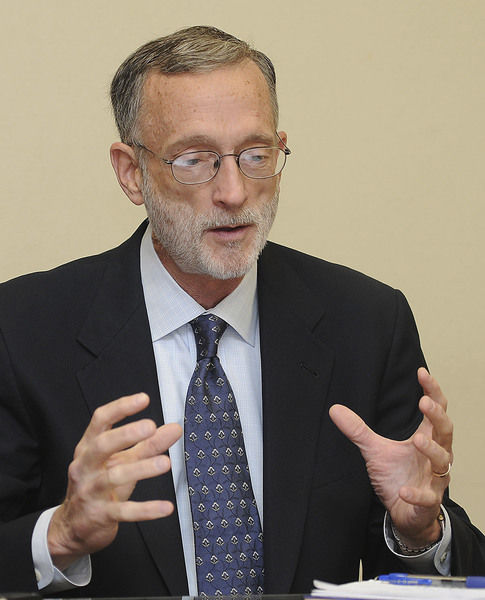 John Buckley, who ran as a Libertarian for the US Senate in West Virginia in 2014, will run for Secretary of State this November.

Buckley, who was elected to the Virginia House of Delegates in 1979 and served one term as a Republican, finished third out of five candidates in his 2014 race.

2012 West Virginia LP gubernatorial candidate Dr. David Moran is also running in 2016, again for Governor. In 2012, he obtained 1.3% of the vote, which garnered ballot access for the LPWV.

To retain ballot access, the 2016 gubernatorial candidate must get at least 1% of the vote.

The Libertarian Party of West Virginia (LPWV) will hold its state nominating convention on Saturday, May 7, at the Sutton Days Inn and Conference Center in Flatwoods. The LPWV anticipates nominating a full slate of candidates for the six statewide races in West Virginia this year as well as candidates for Congressional and state legislative office. West Virginia has some of the highest filing fees in the nation, requiring candidates to pay a fee of 1% of the annual salary of the office.

In 2014, Reason’s Brian Doherty published this interview with Buckley about his U.S. Senate run. John Buckley is a cousin of the late founder of National Review, William F. Buckley.

One thought on “West Virginia Libertarians: John Buckley to run for Secretary of State, David Moran for Governor”