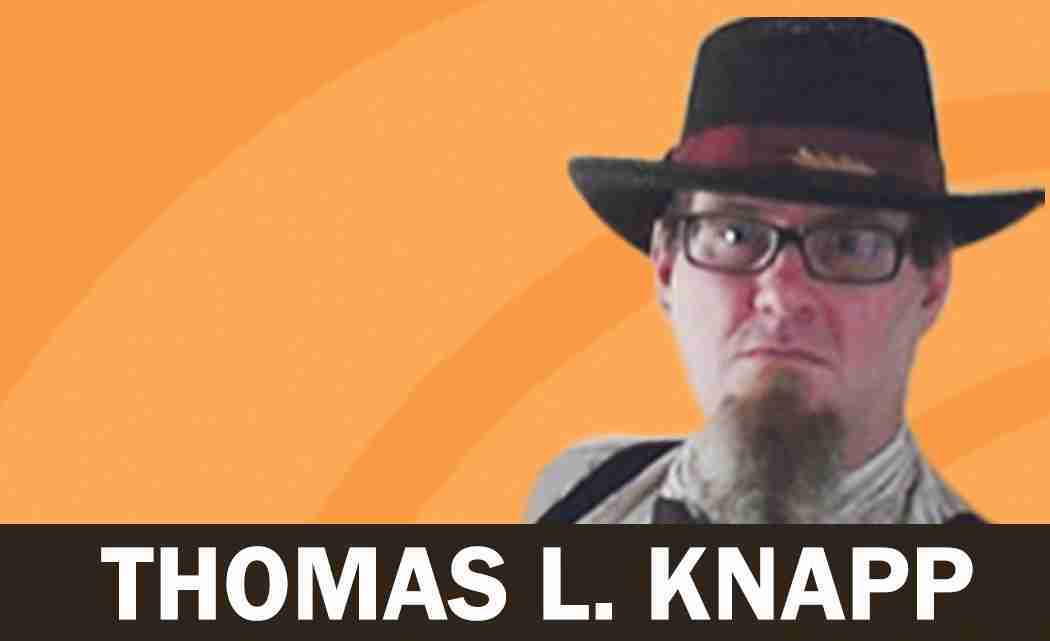 For some time, inquiring minds have wanted to know: What’s up with Gary Johnson versus TEH MOOOSLIMS?

On the day he announced his 2016 presidential campaign, he made it a point to tell no fewer than three reporters in three different interviews that as president he would sign legislation to ban burqas. He semi-retracted that the next day, pretending that he’d only said it once and in answer to a question and throwing out some “burqas are bad because Muslims can beat their wives” weirdness (he’s still doing that, as you’ll see in the video below). But it pretty clearly was something that had been on his mind for some time, that he wanted to talk about, and that he thought would be a good lead-in to another presidential campaign.

Since then, whenever Islam or Muslims come up in his public appearances and debates, he goes into a weird sort of glossolalia, spouting weird stuff about “sharia law” as if he knows what it is and has done some kind of hard policy thinking about its implications. It’s pretty obviously that he doesn’t and hasn’t, as he made abundantly clear in Pennsylvania last weekend when a Muslim debate moderator asked him some basic questions on the topic:

Will Coley of Muslims4Liberty has, for obvious reasons, been following this matter with some interest. “I’ve been watching Gary since we first met in 2010,” says Coley in an email exchange with yours truly. “He seemed a rather calm and rational fellow, we did a couple events together, and that was about it. This year however I noticed a troubling trend, of Gary adopting some of the right’s more insane rhetoric, particularly in the area of Muslim and Middle Eastern policy.”

On closer examination, Coley connects Johnson’s focus on — and complete disconnect from reality with respect to — Muslims to one person: Frank J. Gaffney, Jr. of the Center for Security Policy.

I think Coley may be on to something.

In his keynote address at last October’s FreedomFest NYC, Johnson bragged that he’s “shariah-phobic” — a term associated for years, both positively and negatively, with Gaffney.

When challenged on his knowledge of sharia, Johnson urges debate audiences to “Google sharia versus the Constitution.” Give it a try. The first link such a search brings up is to a PDF from Gaffney’s Center for Security Policy. The next three top links all cite Gaffney and/or CSP. In the debate video above, Johnson basically just ticks through Gaffney’s talking points in that paper.

So, does the name Frank Gaffney ring any bells? If you just can’t place him, here’s a little help:

Ted Cruz on Monday night defended his decision to include an anti-Muslim conspiracy theorist on his foreign policy team.

“Frank Gaffney is a serious thinker who has been focused on fighting jidahists, fighting jihadism across the globe,” Cruz said of the Center for Security Policy founder.

How serious is Gaffney as a thinker?

Well, he claims that both “conservatarian” anti-tax activist Grover Norquist and Hillary Clinton adviser Huma Abedin are secret agents of the Muslim Brotherhood.

And that the US Missile Defense Agency’s logo “appears ominously to reflect a morphing of the Islamic crescent and star with the Obama campaign logo” as an “act of submission to Sharia by President Obama and his team.”

And that Barack Obama may be a Kenyan-born Indonesian Muslim.

In other words, cuckoo for Coco Puffs[TM] in a big way.

But I’m somewhat dismayed that he’s also a Libertarian presidential candidate’s chief source of information on a major world religion, so much so that Johnson seems to have either had the bejabbers scared out of him and become completely deranged like a character in a Lovecraft story, or else thinks that he’s onto a gimmick he can use to get Libertarians to hide under our beds and write checks to his campaign committee.