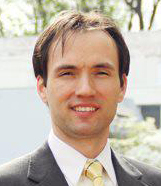 The vote Gov. Johnson earned in 2012 as the LP’s presidential candidate also set a Libertarian Party record for the highest popular vote won in the party’s electoral history.

In making his endorsement, Sarvis cited Johnson’s experience as a two-term fiscally responsible governor of New Mexico, and his ability to earn wide mainstream media coverage, through which he can reach and win the votes of libertarian-leaning Americans.

Sarvis said “when it comes to the choice of who the nominee should be, the answer is obvious.

“Our nominee must proselytize for freedom to non-Libertarians, speaking their language, not ours, and attracting them on their terms, not ours.”

Sarvis concluded: “When I look at the field of candidates seeking the Libertarian nomination, only one stands head and shoulders above the rest, and that’s Gary Johnson.”

I’m supporting Gary Johnson to be the LP nominee for President.

And it’s not a difficult choice.

In every election, big and small, we Libertarians are in the unenviable position of overcoming extreme skepticism from every single voter, simply because of the nature of our two-party system. Many voters won’t even consider third-party options. Those that do spend very little time on it and are often really just looking for reasons not to bother with what they’ve been taught a hundred times over is “throwing their vote away.” There is a very narrow window in which to draw their attention, command their respect, and capture their imagination.

This year presents the LP with the rarest of opportunities—conditions are both favorable and grand. Presidential elections demand the utmost excellence in a nominee, because the scrutiny is withering and the stakes are so high.

Only Gary Johnson has the resume, the experience, and the credibility to combine with our party’s inspiring message of peace, prosperity, and freedom.
He has a fundamentally libertarian outlook and a track record of furthering libertarian goals in office. He has a realistic and likeable approach to politics that attracts open-minded voters to a libertarian message. And he has the kind of credibility that cannot be bought or faked, that can only be earned through admirable personal and professional achievements.

I say all of this with great respect for the many other candidates seeking the LP nomination. I am grateful so many are willing to represent us and evangelize the gospel of greater freedom for all. And all those seeking the nomination are making our eventual nominee stronger—it’s important our nominee gets as much preparation as possible for any attention they might receive in the general election, which, if it comes, will come like a bullet train.

But when it comes to the choice of who the nominee should be, the answer is obvious. It has nothing to do with 92% v. 95% agreement on libertarian bona fides—all our candidates are pretty darned libertarian. But we Libertarians must pick our battles wisely. And our nominee must proselytize for freedom to non-Libertarians, speaking their language, not ours, and attracting them on their terms, not ours.

When I look at the field of candidates seeking the Libertarian nomination, only one stands head and shoulders above the rest, and that’s Gary Johnson.