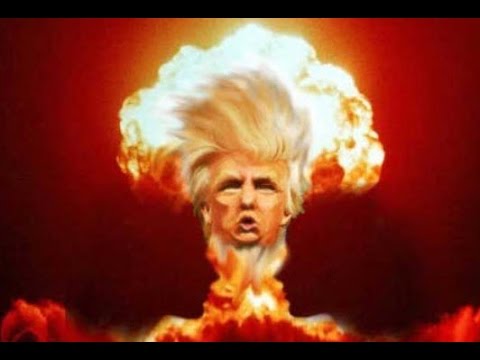 The next day, he reportedly told MSNBC host Mika Brzezinski “Let it be an arms race,” when she asked him about his earlier tweet. This comes after an election campaign peppered with flippant and belligerent talk about the U.S. nuclear arsenal on Trump’s part.

The United States is the only country in the world ever to have used an atomic weapon on people when in 1945 it attacked the civilian cities of Hiroshima and Nagasaki, Japan. In one of the most terrible crimes against humanity in history, some 210,000 Japanese and enslaved Koreans immediately died from those bombings.

Even more troubling is the fact that the number of people who could be potentially killed today has greatly increased with modern nuclear weapons, which can be 1000 times stronger than those used in 1945.

Some political pundits are debating what Trump’s use of the word “expand” specifically means and suggest that his comments are unclear. Following the comments, Trump spokesperson Jason Miller, backpeddled and claimed that the comments were somehow actually about preventing terrorists from acquiring nuclear weapons.

To most people across the country, Trump’s comment is clear as day. He will happily use military force and attack whoever the U.S. empire happens to consider a threat and that his hubris won’t allow anything to be held back – including nuclear weapons.

Although the Trump administration aims to unleash an attack with renewed intensity on both the people of the United States and our sisters and brothers around the world, it is not entirely new. The Obama administration has already committed to a massive one-trillion dollar project to upgrade the current U.S. nuclear arsenal.

Trump’s nuclear weapon comment came only a few days after meeting with top military officials at his holiday home at Mar-A-Lago, suggesting that the Pentagon may be the source of some of his more aggressive proclamations.

Russian president Vladimir Putin has recently also called for the ‘’strengthening” of the Russian nuclear arsenal. Trump’s recent comments could mean the beginning of a new cold war-style arms race.

We cannot allow the incoming president to imperil all life on Earth with a 140 character Twitter threat. The people have the power to fight back against this and the rest of the Trump Agenda. We call on anti-nuclear progressives, socialists and all people to come into the streets and protest the Inauguration in Washington D.C., on January 20 to build this fight back movement.