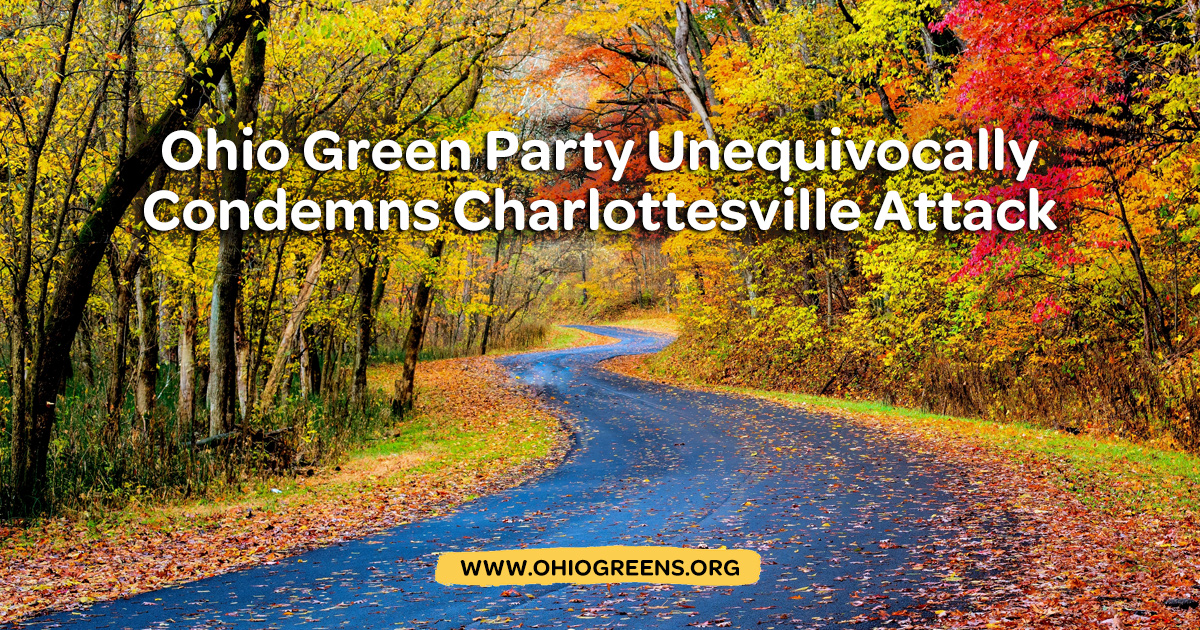 The Ohio Green Party unequivocally condemns the attack on anti-racist and anti-fascist protesters yesterday in Charlottesville, Virginia and are saddened by the death and injuries. The Green Party is an anti-racist organization continually working to create a just and fair society for all. The Green Party fully supports the fundamental right of counter-protesters to free speech, freedom of assembly and redress of grievances.

The Party holds, as its Black Caucus states, that “In recognition of the central role of racism in the creation of our country’s governmental, social, and economic systems and the use of race as a means of dividing and destroying progressive movements for fundamental change, we are actively antiracist. We oppose institutional, interpersonal, and cultural racism.”

We vigorously condemn the President of the United States for using the phrase “on many sides” after a right-wing terrorist attack upon democratic progressive forces lawfully demonstrating. The President’s words embolden and empower the far right.

Let our non-violent actions serve as a counter force to liberate and unify the people, in solidarity for a more equitable and just society. The Ohio Green Party supports the Anti-Fascist rallies across the state of Ohio, and the vigil tonight, Sunday, August 13, at the Ohio Statehouse from 8-9:30pm