Another infographic from Jim from his dataset at https://imgur.com/a/YsovX illustrates the new record Libertarians set for alternative (“third”) party ballot access coming out of 2018 midterm: 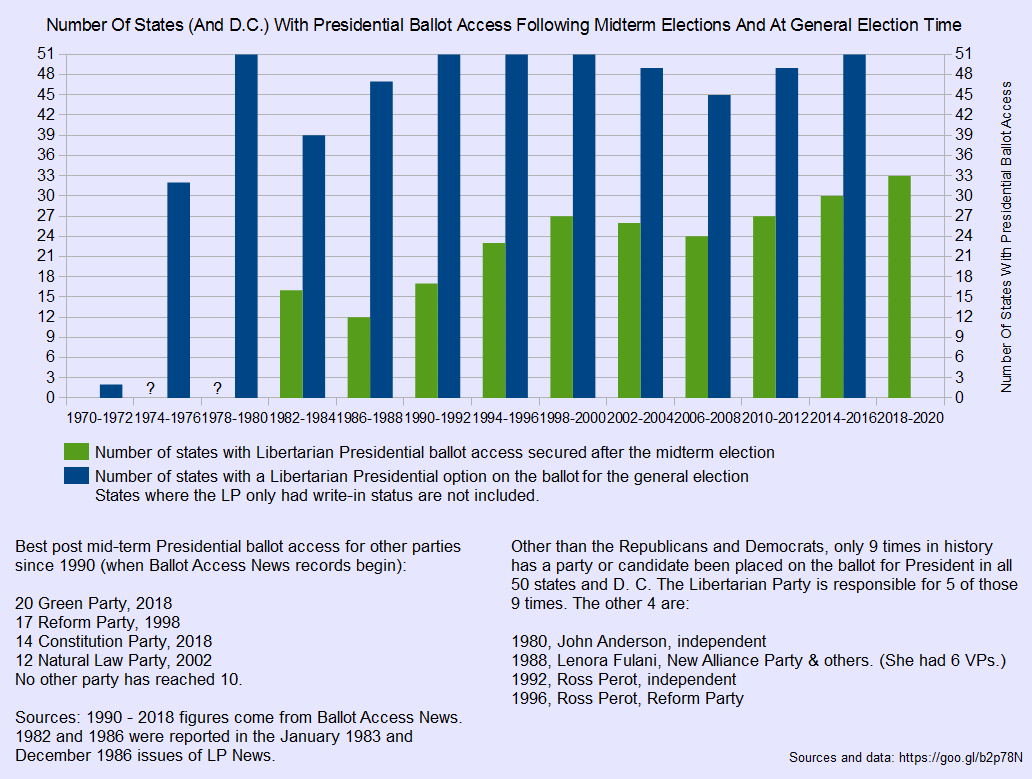 Jim: comparing voter registration trends of current nationally organized third parties in the US since 1970

Based on this and subsequent email discussions the states which the LP will need to petition or add voter registration to be on the next presidential ballot in are:

AK (several hundred voter regs will be needed), AL, AR, IA, IL, OH – maybe, maybe not; informally it has been reported that SOS will not side with us but Richard Winger believes we have a good legal case, MD – may be won thru a lawsuit, ME – may be won thru a lawsuit, MN, ND, NH, NJ, RI, PA, TN, VA, WA and WI. CT ballot access is on a race by race basis and presidential ballot access was retained by the last presidential ticket.